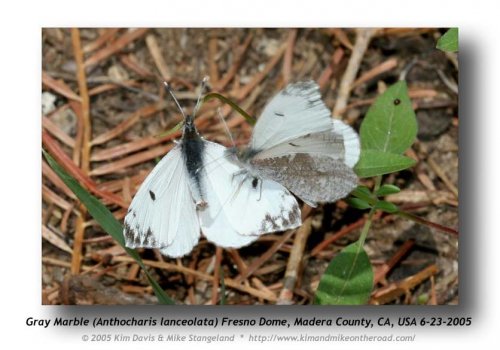 Fairly common on the Sierran West slope in rocky canyons and moist forest. Local in the North Coast Range and on the East slope of the Sierra, usually in rocky canyon sites. Resembles (and easily confused with) the Gray-Veined White in flight; probably underreported. The female is larger than the male, with broader wings and a more complete dark patrtern at the apex; otherwise similar. The genus Anthocharis is Holarctic ; there are related species in the eastern United States, Mexico, Europe and East Asia.

The name "Gray Marble" is somewhat unfortunate, as the underside mottling is in fact a rich burgundy red, at least when fresh. 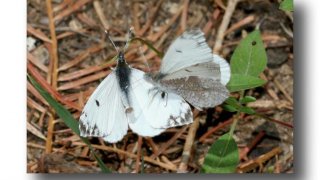 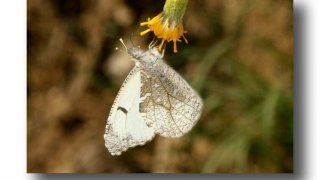