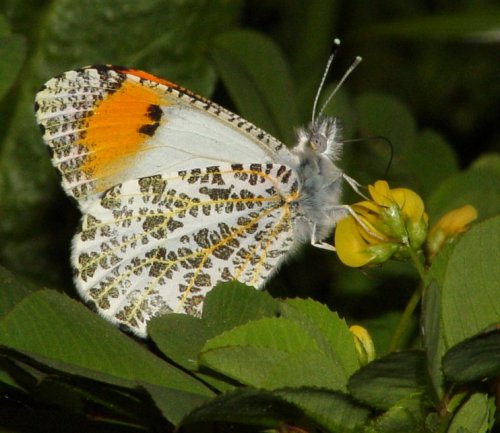 The Sara Orange-Tip is common in foothill and lower montane habitats (Coast Range/Bay Area and Sierran West slope) but is hardly ever encountered in the Central Valley. It "flies a beat" along roadsides and streamsides in foothill woodland and montane coniferous forest, and along the bases of cliffs in canyons.It often flies in and out of dappled light and shade but is less shade-tolerant than the Gray-Veined White. In the Sierra Nevada it is rarely seen above 5000' (except at Donner Pass, where it is seen nearly every year at the West end), replaced upslope by the Stella Orange-Tip with a "no-man's land" around 5000' where both may be seen but neither seems to breed. In the Klamath-Trinity-Siskiyou Mountains in N.W. California, where there is no Stella, Sara goes up to 9000'--suggesting that one entity somehow excludes the other in the Sierra Nevada.

One to two broods - always one upslope, but with at least the option of a second below about 1000'. When it occurs, the second brood consists of larger individuals with less black above and a somewhat-reduced pattern of green marbling below. The first brood flies February-May, depending on locality (June at the highest elevations); the second May-June. Females are occasionally bright yellow - as yellow as Stella!

This seems to be a group undergoing active evolutionary radiation right now, all over the West. 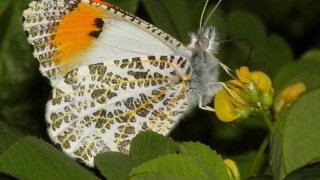 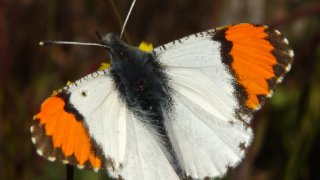 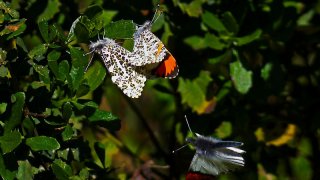 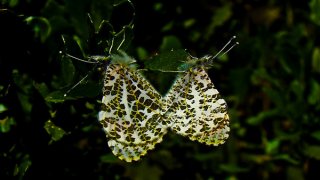 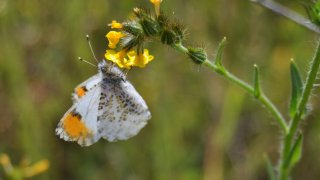 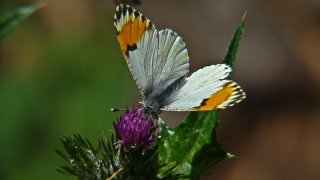