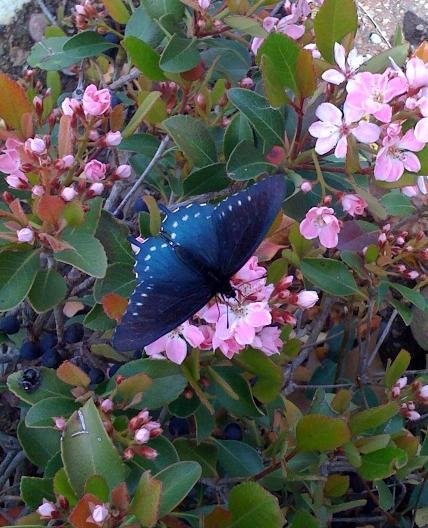 The signature riparian butterfly of our region, occurring along streams in foothill canyons and on the Central Valley floor, essentially everywhere where its only host plant, California Pipevine or Dutchman's Pipe, Aristolochia californica, occurs. (It also occurs in coastal scrub vegetation, where there are no transect sites.) It is unmistakeable and very conspicuous as both a larva and an adult. Only the pupa is cryptic (either brown or green, with a delicate golden filigree).

This species is warningly colored and inedible to vertebrate predators. It derives its protection from the toxic aristolochic acids produced by the host, which it sequesters; females even pass these along to the eggs, which are also protected (and are brick red, laid in bunches of up to 20, and quite conspicuous). Eggs are laid only on young, tender, growing shoot tips and the larvae must begin by feeding on these. Initially they feed in groups. As they get larger they scatter and can tackle large, mature leaves. But because these react to feeding damage by becoming more toxic and unpalatable, a larva will feed on a single leaf only for a short time and then has to move on. Eventually most or all leaves end up damaged, but few are badly damaged. The larvae also feed eagerly on the immature fruits, which look like small bananas with fluted edges. In big swallowtail years little if any seed ends up being set.

The Pipevine Swallowtail flies from late winter (February-March) to autumn (October, occasionally November) but is much more numerous before the 4th of July than later; typically it has two large flights followed by stragglers the rest of the season, often with a "blip" upward in August. Usually the host plant stops growing in June, and thereafter there are no sites suitable for egg-laying--unless there is a local catastrophe (usually fire, though weed-whacking will do). Then the plants regenerate rapidly, producing new growth in the off-season, and any females around at the time quickly find and make use of the new shoots. Adults routinely live a month or so.

The Aristolochia-feeding swallowtails are a Pantropical group, with only a few species (such as ours) penetrating temperate latitudes in either hemisphere. The fantastic Birdwing butterflies of tropical Australia, New Guinea , Indonesia and SE Asia are Aristolochia swallowtails, and their larvae and pupae are quite similar to ours, but bigger. Given its tropical roots, it should not be surprising that uniquely among our swallowtails, this species is unresponsive to day length in the regulation of its life cycle. It seems that pupal dormancy is related to the water content of the larval food, but this is not well understood. Because every female's offspring always seem to include both direct-developers and diapausers, and some of the diapausing pupae hatch later the same year rather than overwintering, it is impossible to define the number of broods per year in a site--it is always more than one and may be two,three,four or all of these at once!

Because of the tropical origin of the plant and the butterfly, we wondered if they might be ancient relicts of the humid or subhumid tropical regime that obtained in at least southern California in the early Tertiary (as documented in the fossil record). But molecular-genetic studies strongly refute that hypothesis for the butterfly (the plant hasn't been studied); instead they indicate that it arrived in California quite recently, probably in the later Quaternary and from farther east. Our populations, which have been considered a separate subspecies hirsuta, are cut off from the nearest ones in the desert Southwest and not currently exchanging genes with them. The fact that B. philenor has mimics everywhere else in its range but none in California - where it is actually most abundant - fits with its recent arrival; there hasn't been time for any mimics to evolve here.

Adults are eager visitors to many flowers, including Wild Radish, California Buckeye, Blue Dicks, Ithuriel's Spear, and Yerba Santa. In summer they regularly nectar at Yellow Star Thistle when there are no native plants in bloom.

There is no significant variation, except in size (spring individuals tend to be small, and their tails may be shorter). Strays can be seen to mid-elevtion in river bottoms, but never to the high country. 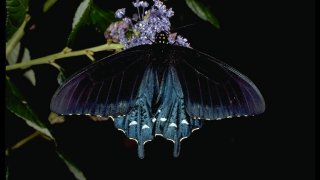 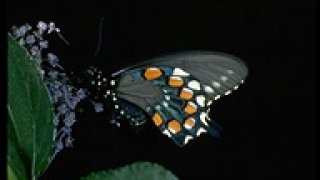 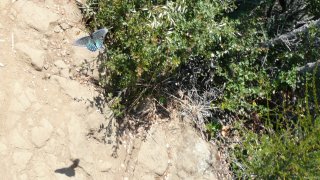 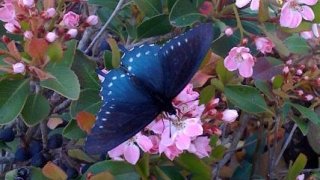