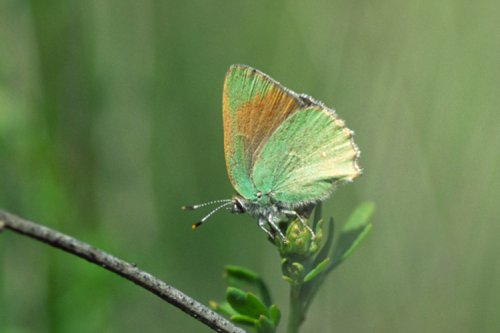 The taxonomy and the limits of species in this complex are up for grabs, with wildly discordant interpretations to be found in the current literature. For purposes of this project the name dumetorum is being used in the usual sense of recent decades, for the low-elevation, inland entity in California. It occurs in chaparral, coastal scrub, rocky foothill canyons and lower-montane chaparral and rock gardens. It is slightly larger than the higher-altitude entity (with which it is sympatric at Lang!) and less bluish-green below. Males are territorial perchers. Occasionally common.

Adults fly in spring - March to June according to locality. In the lower foothills there is a possibility of it being double-brooded. It occurs on dredge tailings on the east side of the Sacramento Valley, but spottily. The host plants are Deer Weed (Lotus scoparius, Fabaceae) and various perennial Wild Buckwheats (Eriogonum species)--an odd pairing, repeated in the Acmon Blue, and suggesting an as-yet-undiagnosed chemical similarity between these plants. 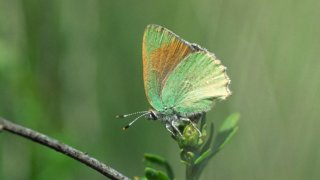 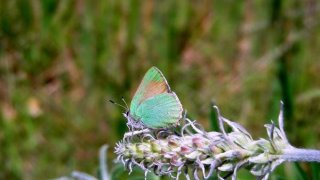