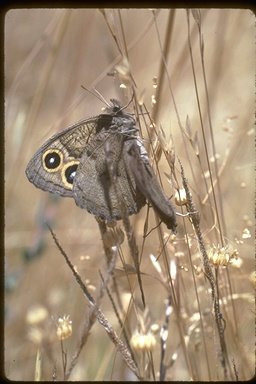 Our representative of a transcontinental, polytypic species, the Ox-Eyed Satyr is local and usually uncommon in our region. On the transect it occurs at Gates Canyon, where it seemingly colonized only quite recently, and at Sierra Valley and is unrecorded elsewhere. It generally occurs along or near streams in grassland or foothill woodland. Although it occasionally visits flowers-especially Canada Thistle at Sierra Valley-, it is usually seen flying with an odd, jerky motion among tall grasses; if disturbed it often seeks shelter inside brambles or other thickets. Females are larger than males and often have a vaguely yellowish cloud surrounding the forewing eyespots above.

There is one brood, starting as early as May at Gates but in late June or July at Sierra Valley; in both places females may fly as late as October. The larval host plants are undetermined perennial grasses. 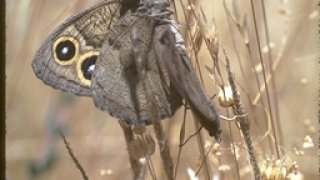 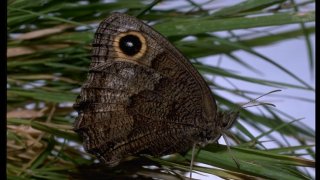