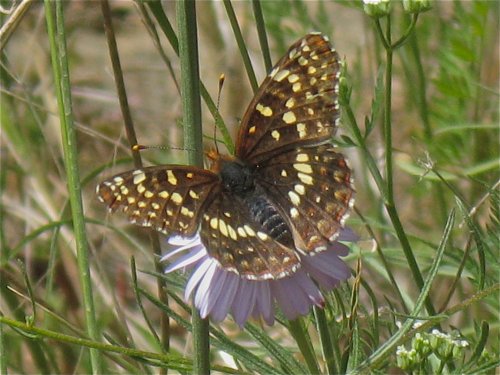 Common in the foothills and to 7000', but only a rare stray in the Central Valley. Males are territorial perchers, often in paths or on rocks. Where Euphydryas chalcedona (q.v.) is strongly blackish, the females of the Northern Checkerspot are trimorphic - orange and male-like, black with yellow spots (an apparent mimic of E. chalcedona), and intermediate. Where E. chalcedona is mostly red, only the male-like female morph occurs (true also at Donner, where there are no chalcedona). The genetics and ecology of this interesting polymorphism remain surprisingly unstudied.

There is one brood, mid-spring to early summer (generally March-July, starting later at higher elevations). Adults visit California Buckeye, Yerba Santa, Milkweed, Dogbne, Thistles, and especially certain yellow Composites, such as some (but not all) members of the Woolly Sunflower (Eriophyllum lanatum) complex. Half-grown larvae overwinter. The usual host at low elevations is Broad-Leaved Aster (A. radulinus), occasionally on Goldenrods (Solidago); in the mountains recorded on Asters, Solidagos, Senecios and Rabbitbrush (Chrysothamnus). At Donner this species appears to have gone through at least one cycle of extinction and recolonization. As it was declining, its emergence dates shifted later; after recolonizing they were early again. 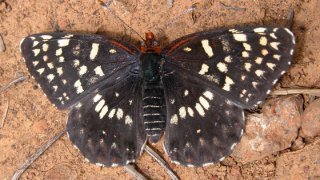 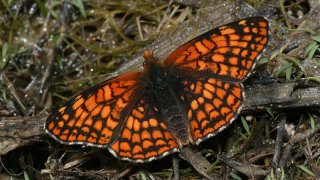 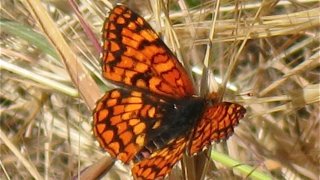 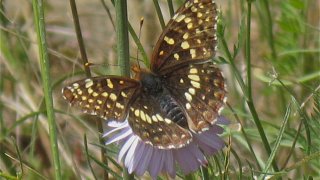 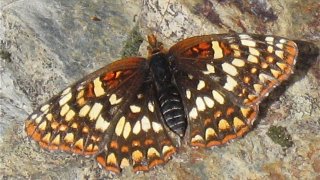 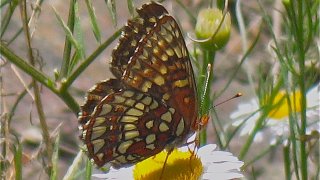 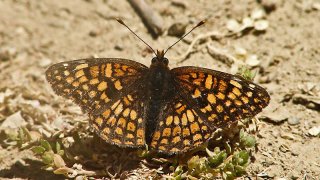 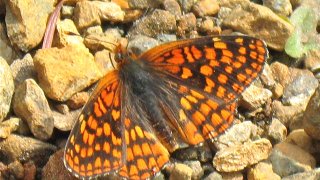 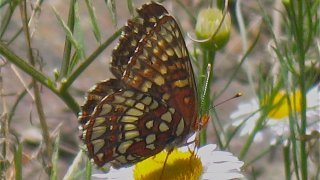 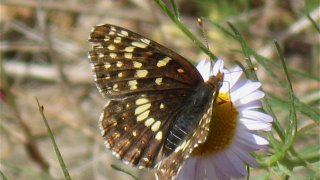 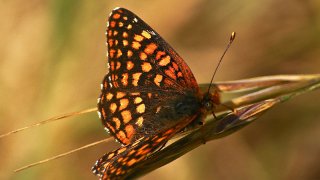