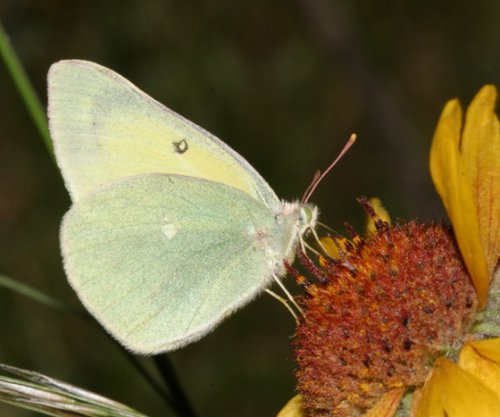 An uncommon grassland and shrub-steppe species on the Sierran east slope only, often seen near vernal pools. It is only accidental in Alfalfa fields and unlikely to stand out among swarms of the two Alfalfa-feeding Colias there; on theother hand, it is likely to be the only Colias flying through sagebrush and bitterbrush at, say, Beckwourth Pass. Pale females are extremely rare. The underside of the hindwing is uniform grayuish-green, and the silver discal spot has only one (purple) rim. On our transect only at Sierra Valley, and never common.

This species never hybridizes with other Sulphurs in our area. 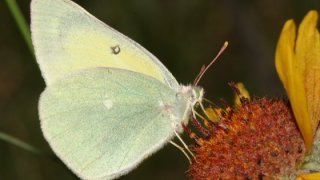 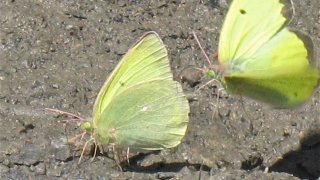