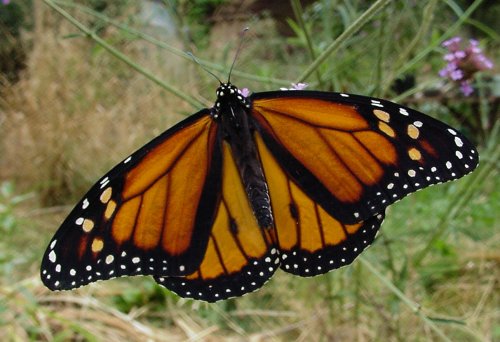 This very familiar species requires no description! It is recorded at all the sites on our transect, even though there are no host plants above 6000' in the I-80 corridor. The records at Donner and Castle reflect migration across the Sierra Nevada in both directions, though late-season west-bound migrants are most often recorded. Breeding has been observed at all the sites from Lang Crossing down. The Monarch overwinters on the central coast and moves inland, typically in early March. It moves around a great deal, so that it is unusual to see two successive generations in the same location. Females appear to avoid ovipositing on milkweeds already attacked by the oleander aphid (Aphis nerii) or the bright blue-green beetle Chrysochus cobaltinus. The Monarch acquires protective chemicals (cardenolides, "cardiac glycosides") from its host plants. Because different milkweeds differ greatly in their cardenolide content, Monarchs do also. Our commonest milkweeds (Asclepias fascicularis and A. speciosa) are low in cardenolides and produce innocuous butterflies; some relatively rare species, like the serpentine-endemic A. solanoana, are very nasty. The chemical defense is the basis for the famous mimicry by the Viceroy (Limenitis archippus) and other insects, but the Monarch has no mimics here. Population numbers vary greatly, probably reflecting disease; the locations where summer breeding occurs also vary greatly, and some years are mostly east of the Sierran crest. The westward migration begins as early as late July or August, but some breeding occurs well into autumn and adults continue to emerge at Sierra Valley into October. They then have a very short time to get over the mountains before the weather turns hostile. Altogether, there are three to four generations in an average year, but the mobility of the butterflies makes it difficult to pin this down.

In addition to the milkweed species already named, A.cordifolia is widely used in the foothills and mountains.

Monarchs visit milkweed flowers heavily but are by no means limited to them. With a long proboscis, they are adept at getting the nectar out of a great variety of larger flowers, but rarely bother with ones that have short corollas. 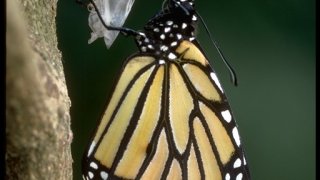 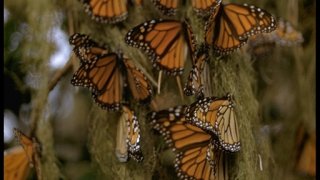 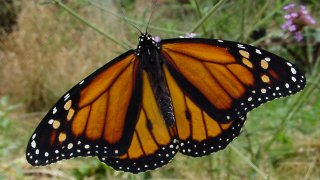 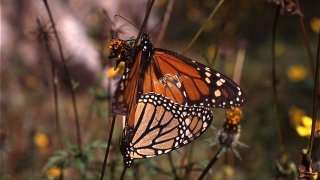 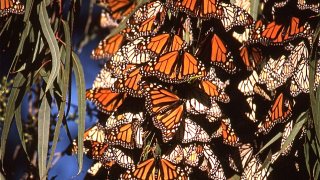