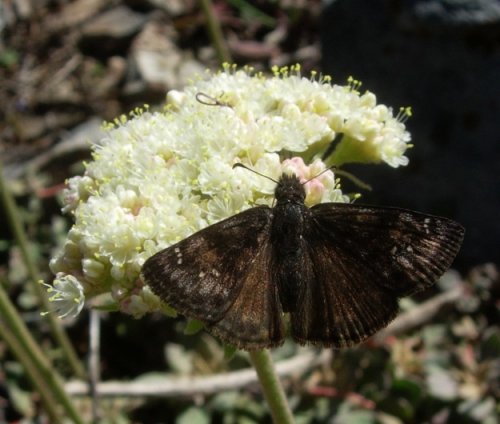 An uncommon species found in both the Coast Range and Sierra Nevada, mostly in chaparral and along roads in mesic forest where it often puddles. Confusingly similar to the Persius Duskywing but always single-brooded, and usually identifiable by habitat and plant association. It has a gloss or lustre usually missing in the "matte" persius and lacks a white dot at the end of the forewing cell above. In fact, it is very dark. Late spring-early summer; host plants various species of Ceanothus; the reasons for its scarcity are unknown. 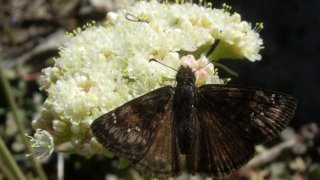