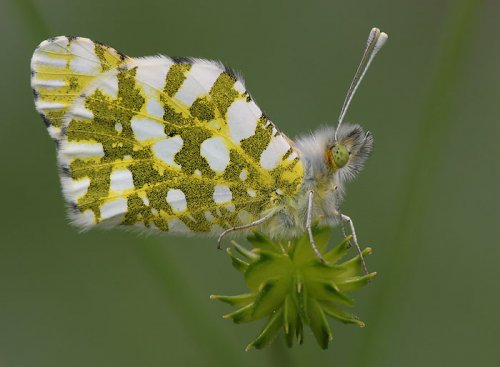 Formerly common in the Central Valley, Delta, Bay Area and lower foothills, this species has suffered an unexplained crash and is teetering on the brink of regional extinction. It had been a great success story! From its biology we inferred that its native host plant was the tall mustard Guillenia (formerly Thelypodium) lasiophylla, now a rare plant in the Valley grasslands. It had successfully made the transition to naturalized annual species of Brassica and Raphanus and was doing very well through the 1980s. It had two broods a year (February-April and April-June) and the second- brood animals were large and richly-colored, the females often distinctly orange. The second brood disappeared first, as the database shows, and then the first brood followed. The Large Marble is now extinct at all my Valley sites, and the situation is the same throughout the region. We have no idea why.

The eggs are laid singly on terminal flower buds, and the larva, which is striped lengthwise in greenish-gray and yellow, feeds only on buds, flowers and fruit. It closely resembles the larvae of the Checkered and Western Whites.

In the mountains this species is single-brooded, found spottily along streamsides and in the alpine zone; its hosts there are not known. At Sierra Valley it breeds on a number of weedy Brassicaceae, including Descurainia and Sisymbrium. All the mountain populations on our transect also appear to be in decline. The population at Lang Crossing was, however, transient in any case.

Males patrol along linear habitats. Adults visit Brassicaceous flowers as well as others. Or should all these statements be in the past tense? 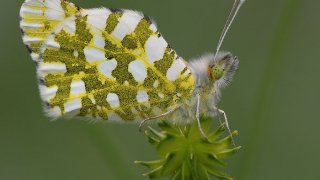 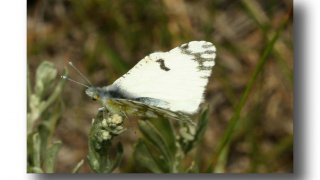 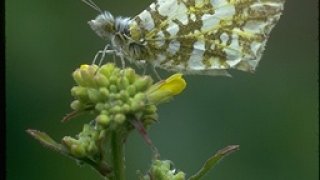 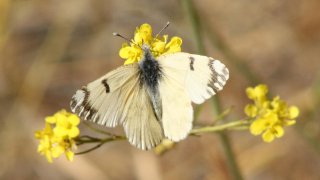 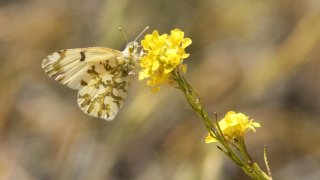 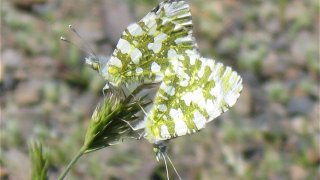