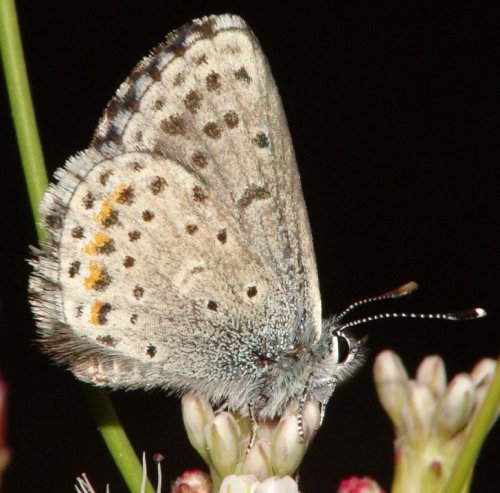 Like the Square-Spotted Blue, this is a "complex" of entities in evolutionary ferment. However, along our transect there is no such complexity. All of our populations, from the Sierra foothills over the crest, feed on the Eriogonum nudum group of Wild Buckwheats and have very similar life histories - one brood in late spring-early summer, matching the blooming time of the host. Adults rarely stray more than a few feet from the host, although males do puddle. They mate on the host and roost on it for the night. Eriogonum nudum is a very common, widespread plant, but the butterfly is highly colonial and the colonies are very stable. There is plenty of intrapopulation variation. Where this species and the Square-Spotted Blue co-occur (as at Lang Crossing), both host association and wing phenotypes should allow for easy discrimination. If not, the genitalia are decisive. Although E. enoptes occurs in the North Coast Range, there are no known populations near Gates Canyon. 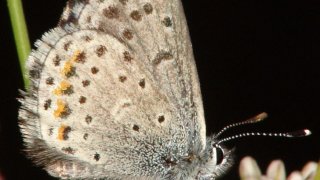 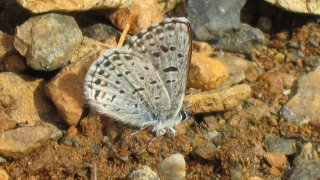