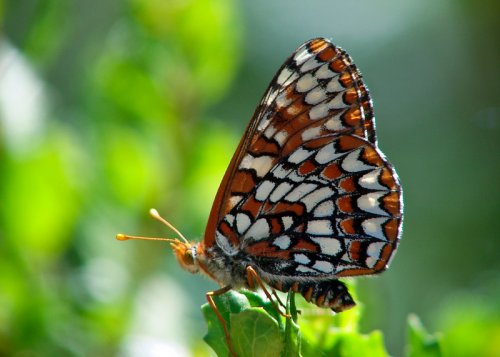 Common in both the Coast Range and Sierra foothills, to 5000'; absent at Donner and Castle Peak; common in Sierra Valley; absent from the Sacramento Valley and Suisun. Populations in the Coast Range have mostly black larvae with orange markings and little if any white. Populations from the lower foothills (beginning at Sailor Bar, Fair Oaks, Sacramento Co.) eastward have strong lengthwise white larval striping. There are numerous "statistical" differences between Sierran East and West slope adults, and the East slope populations, including Sierra Valley, include some strongly reddish individuals transitional to the high-altitude subspecies sierra. Populations at both Lang and Sierra Valley (5000', W and E slopes respectively) often emerge simultaneously or even a little earlier than those at Gates Canyon, at much lower altitude (!). A butterfly of chaparral and canyon riparian habitats and of gullies ansd streambeds in grassland or shrub-steppe on the E slope. Our populations (unlike some others) are not highly variable.

One brood, April-July. Males are territorial perchers. Adults visit many flowers, including California Buckeye, Squawbush (Skunkbush, Lemonade Berry), Yerba Santa, thistles, etc. Eggs are laid in masses; the young larvae feed in a web prior to diapause but singly thereafter. Hosts Scrophulariaceae (in the traditional sense) containing iridoid glycosides (bitter compounds probably mobilized for defense): Bush Monkeyflower (Mimulus aurantiacus), Bee Plant (Scrophularia), various species of Penstemon and Keckiella; can be reared on Plantago but not known to use it in the wild. There are numerous potential hosts at Donner and it is not at all obvious why there is no resident population in the entire area. 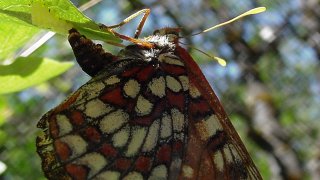 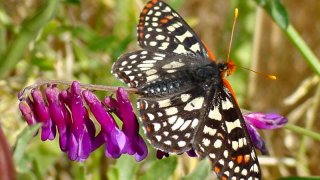 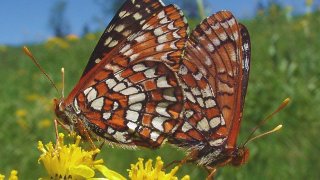 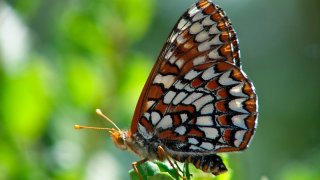 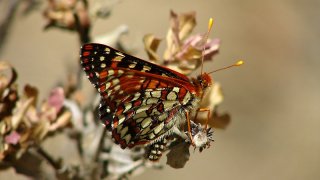 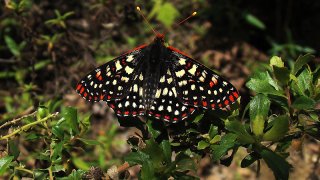 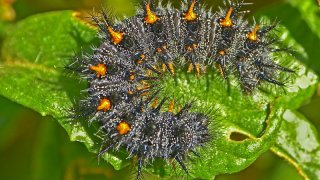 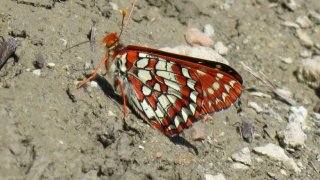 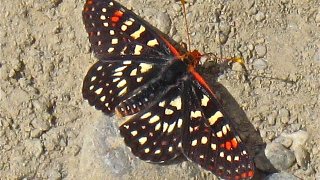 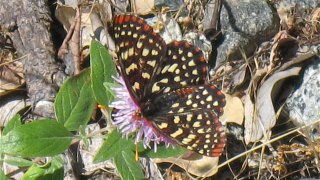 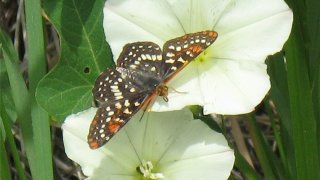