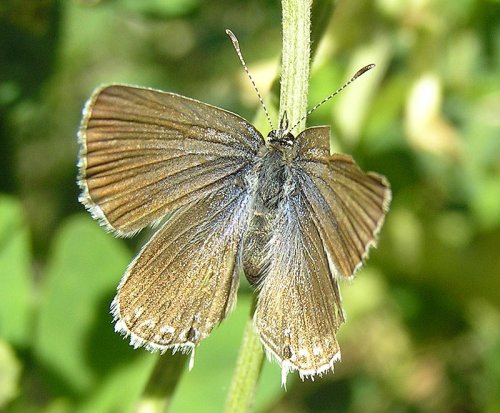 Slightly larger and broader-winged than the Eastern Tailed Blue, with a grayer underside with smaller black dots and (often) stronger metallic scales near the base of the tail. This is a species of cool, moist habitats, from the Redwoods to the Sierran mid-West slope; it is completely absent from the Central Valley and typical E. comyntas habitats, and the two very rarely co-occur. (They may, however, hybridize where they do.) In the Sierra it occurs from 2500' upslope, and has a distinctive "ecotype" or ecological race above tree-line (e.g., on Castle Peak). At the lowest elevations it may be double-brooded (March-April, May-July); at Lang Crossing it is single-brooded in late spring (April-July, with the occasional late emergent possibly representing a potential second brood); at 7000' and above obligately single-brooded, but flying in late spring-early summer (June-early July).

In dappled light and shade or in sunlit environments, often flying within its host (when an ascending vine like Lathyrus) or just above it (native perennial Vicia, or, in the alpine, Whitney's Locoweed, Astragalus whitneyi). The larva lives inside the pod, eating seeds, and closes off its entry hole with silk (presumably to keep enemies out). Adults nectar at their hosts, but also on Pink Pussy Paws, Eriogonums, Composites and even Yerba Santa and Dogbane. They puddle occasionally, but not "big time." Colonies may be very circumscribed; one at Donner Pass was wiped out by the construction of a nerw road to Sugar Bowl ski resort. 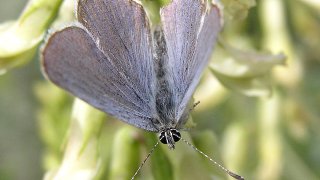 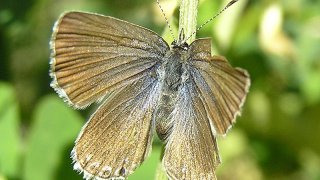 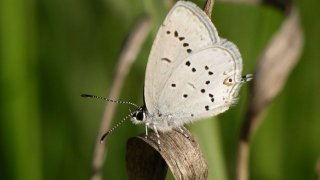 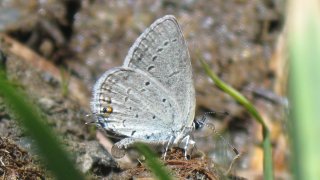