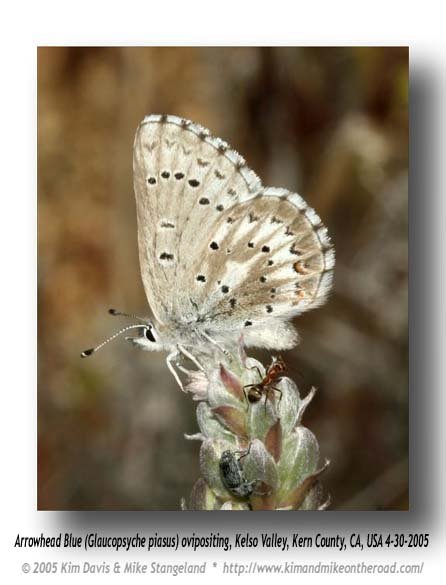 Rare and seldom recorded on our transect; tends to be very local, and its habitat preferences are not well understood. It occurs in rocky canyons and mixed mesic forest at mid-elevation, and also at or near tree-line--the one constant is its association with perennial lupines, but they of course are much more widespread and common than the Arrowhead Blue is!

One brood in late spring to early summer (April-July), usually found flying with, but greatly outnumbered by, the Silvery Blue and the Icarioides Blue (Boisduval's Blue). All three are the same size and it takes considerable skill, born of experience, to tell them apart in flight. All three puddle, where the underside pattern differences help. The Arrowhead Blue visits Yerba Santa, Dogbane, mints, vetches, Wild Buckwheat, etc., but is most often seen around its hosts. The species of Lupinus used vary from place to place. It often uses silvery-pubescent ones. 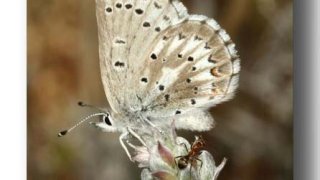 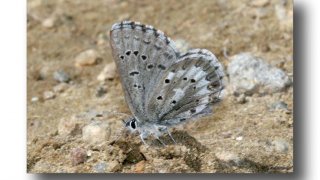 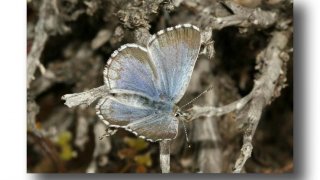