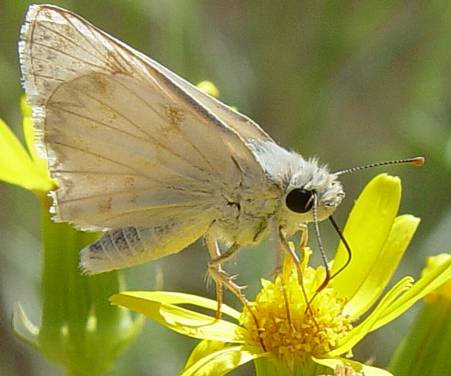 This species is uncommon in our area but can turn up literally anywhere, from sea level to near tree-line-generally as singletons. It appears to migrate through our area twice a year, northward in May-June and southward in September-October, but we do not know where it is coming from or where it is going. Breeding populations are scarce, generally in chaparral, where the host - Bush Mallow, genus Malacothamnus, occurs. Adults visit a great variety of flowers and turn up as often in urban and suburban gardens as anywhere else. 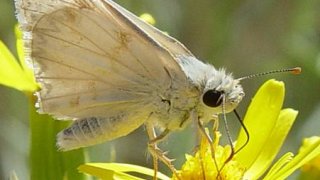 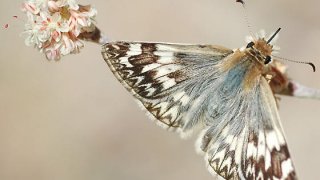