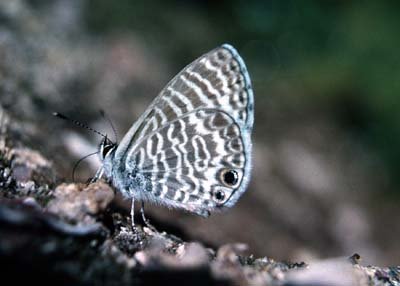 A frequent invader from southern California, sometimes moving north near the coast, sometimes westward from the Great Basin. It is abundant in the southwest deserts, where it feeds on woody legumes, but also in urban and suburban neighborhoods on the south and central coast where it breeds extensively on Leadwort (Plumbago), an ornamental from South Africa unrelated to its native hosts but presumably chemically similar. It has been recorded at most of our sites, but not in all years, and has bred occasionally - sometimes in large numbers - on leguminous hosts such as Alfalfa, Sweet Clover and Wild Licorice (Glycyrrhiza). It almost never overwinters successfully in the northern half of the state. Adults visit many flowers but seem especially attracted to those of the common, short-lived perennial mustard Hirschfeldia incana (formerly known as Brassica geniculata). Strays are most likely to be encountered in September and October. 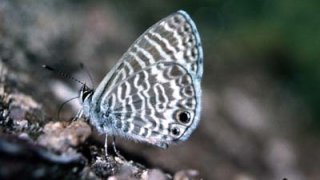 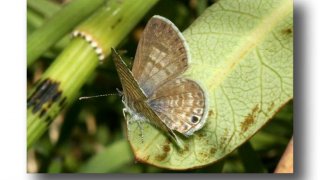 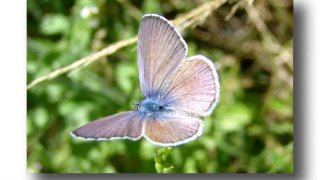