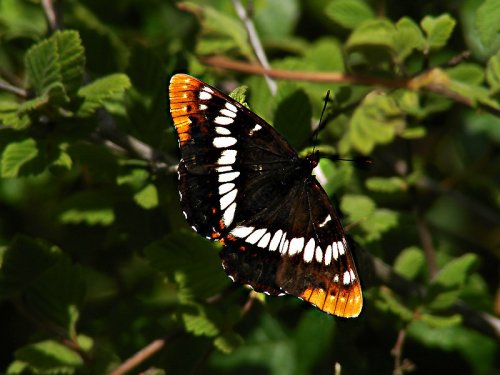 A characteristic riparian species from sea level to at least 8000', flying along willow-lined streams and perching territorially. It appears to mimic the inedible California Sister, with which it often occurs. Adults visit California Buckeye, Buttonbush, Yerba Santa and a variety of other flowers, and males are enthusiastic puddlers.

Sierran and Sacramento Valley specimens are strongly violet-tinged beneath. Coast Range ones tend to be distinctly redder. Valley specimens are often quite small. Lorquin's Admiral hybridizes with Weidemeyer's Admiral (L. weidemeyeri) southeast of our area; the farthest north any sign of hybrid influence has been detected is Topaz Lake.

Since the late 1990s this species has been in precipitous and unexplained decline in the Sacramento Valley, becoming extinct in North Sacramento and Rancho Cordova and flirting with extinction in West Sacramento; there has been no decline in montane populations, and indeed Lorquin's Admiral seems to have become commoner in Sierra Valley in the same period.

The host plants are willows-in my experience, only the glabrous, green-leaved ones-and the species has 2 broods at Donner and 3 in the Valley, where it flies - not continuously - from April to October. Larva seems to mimic a bird dropping. 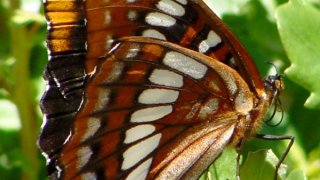 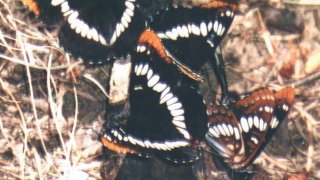 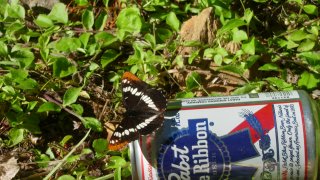 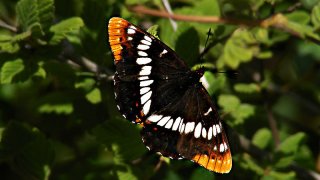 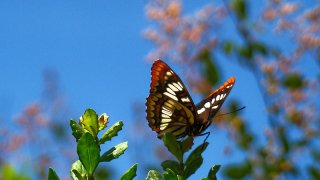 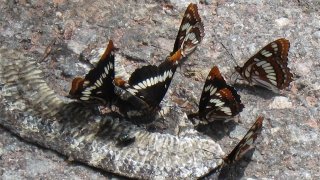