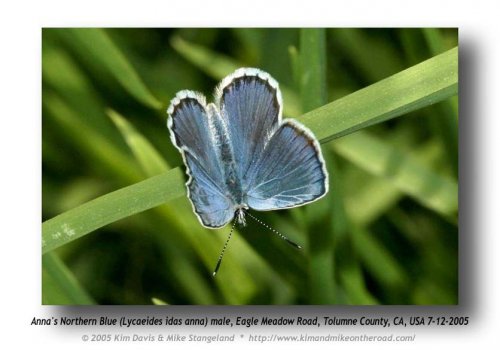 We are doing extensive molecular studies of this and the Melissa Blue, which are both apparently very evolutionarily dynamic. In our area Anna has two different hostplants, both Fabaceous and both occurring in boggy meadows and montane streamsides. At Lang (and below, and up to 6000' at least) the host is Lotus oblongifolius var. nevadensis, a perennial herbaceous species with bicolor, yellow-and-white flowers. At Donner and on the flanks of Castle Peak the host is Lupinus polyphyllus. Although this plant also occurs at Lang, it is never used there. At some drier Sierran sites other species of perennial lupines seem to be used. This butterfly is locally common, with one brood (typically June-August). Males perch on sunflecked foliage and also puddle enthusiastically. This butterfly often visits flowers of its host (no other butterfly seems to visit them, though) and also Asters, Goldenrods, Dogbane, etc. There is much minor phenotypic variation, both within and among populations. 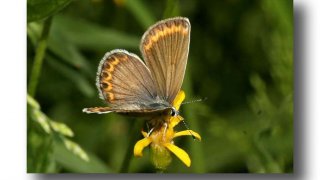 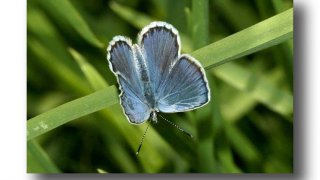 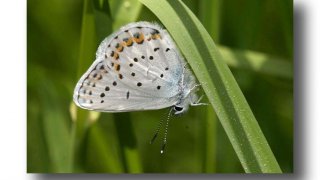