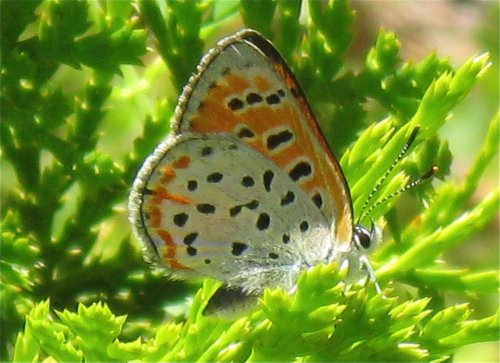 The Lustrous Copper is rather common at Lang and Donner, but rare at Castle Peak. It occurs along roadsides and trails and males often perch territorially in the middle of the road, where they are incredibly conspicuous. Both sexes visit flowers freely, including Aster and other small Composites, Clovers , Field Peppergrass and Pussy Paws. There is one brood in late spring-early summer, usually emerging and disappearing before Edith's Copper in the same places.

The only confirmed host of this species in our sites, and through most of its California range, is Sheep Sorrel (Rumex acetosella). Above tree-line it breeds on Alpine Sorrel, Oxyria digyna, but has not been found using it on Castle Peak though the plant is not uncommon there. This is rather mysterious. Oxyria is native, but occupies roughly 5% of the range of the Lustrous Copper. In the other 95% it uses Sheep Sorrel (unless there are other, undocumented hosts). But Sheep Sorrel is thought to be an Old World weed naturalized in California, certainly no earlier than the Mission Period. Is it possible that a single-brooded montane butterfly underwent so explosive a range expansion in so little time in response to a naturalized weed? 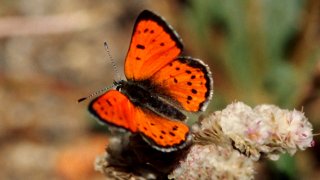 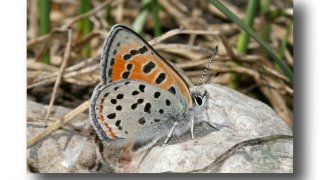 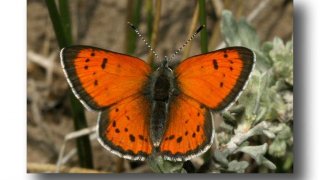 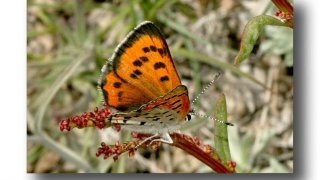 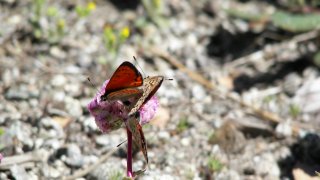 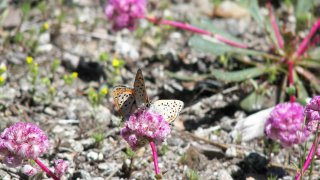 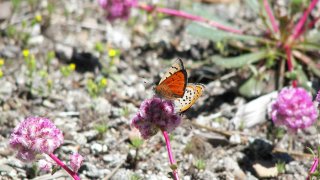 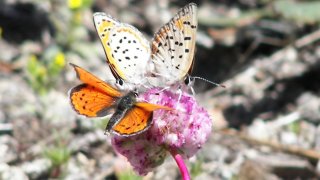 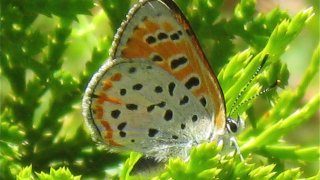 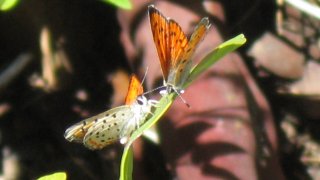