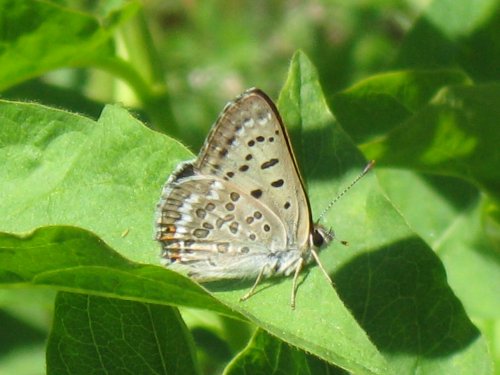 One of the most abundant butterflies at Donner. This species replaces the Great Copper above 4000' in the Sierra Nevada. It occurs along roadsides and on meadows but can often be found in clearings in Lodgepole Pine forest. Males are territorial perchers on or near the ground. Both sexes visit many flowers, especially Asters, Rabbitbrush, and Eriogonum. At Lang it often visits Pink Dogbane. Females are extremely variable in color and pattern above. There is one brood, from June to October. The usual host plant today is Sheep Sorrel, Rumex acetosella, supposedly an introduced weed. Unlike Lycaena cupreus, however, this species has a known native host on our transect - Poke Knotweed, Polygonum phytolaccoides - so there is no need to assume its range and abundance have increased due to human activity. In recent years this species has become a breeding resident at Sierra Valley, where it was previously only a stray. 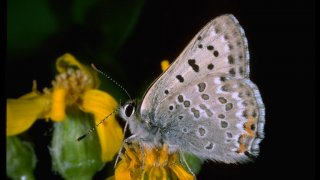 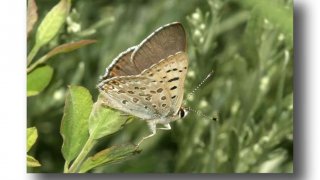 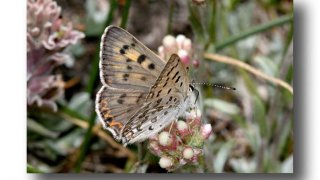 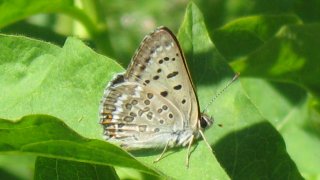