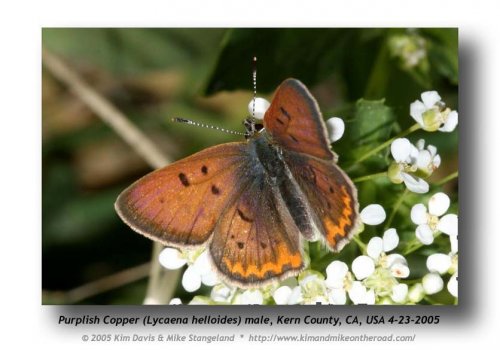 Thirty years ago this was a weedy species in the Sacramento Valley and Bay Area but it is now scarce and largely confined to marshes and damp grasslands. It formerly bred on Polygonum "aviculare" (knotweed, "yard grass," a complex of several species not all of which seem to be used) in urban vacant lots, as well as on Dock (Rumex, including the introduced R. crispus). In its former incarnation it flew near sea level from March to late autumn, with multiple broods. Now it is rarely seen before June, and is only locally common in September and October. The life history is similar at the Suisun Marsh, where a larger, brighter "race" formerly fed on Potentilla pacifica (or egedei), a member of the Rosaceae, in the fresh-water areas; this appears to be extinct, at least in our site, replaced by "normal" Rumex-feeders (and not many of them). Sporadic on meadows at Lang and Donner, seemingly not resident. Definitely resident at Sierra Valley, May-November, commonest in autumn with apparently three broods.

Adults visit Lippia, Heliotrope, Alfalfa, Aster, Baccharis and many other flowers. They often turn up in fall on male Coyotebrush in places where the species has not otherwise been seen all year.

Aberrations of the black wing-pattern are fairly frequent; their causation is uninvestigated. One bilateral gynandromorph has also been taken in our area! 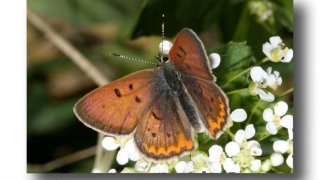 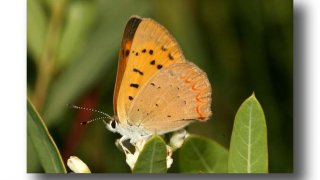 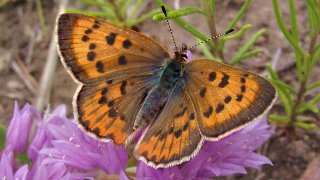 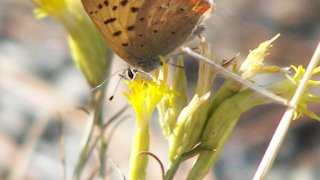