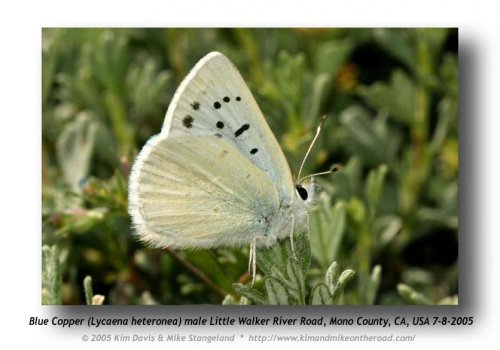 Despite its astonishing sky-blue color (in the male), this is anatomically a perfectly normal Copper.

Our populations are nearly unmarked on the hindwing beneath. (Some local Northern California populations are heavily spotted, like those in the Rocky Mountains.) Females vary considerably; some are sooty brown on top, some are heavily "checkered" in buff, and some have substantial amounts of blue. 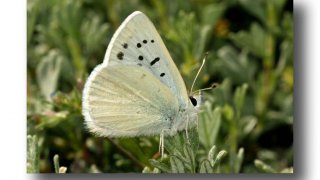 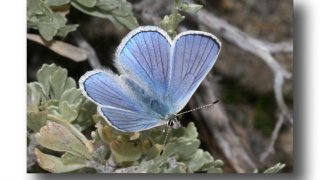 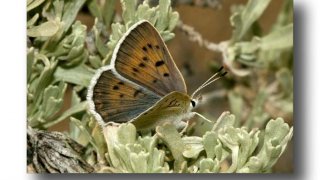