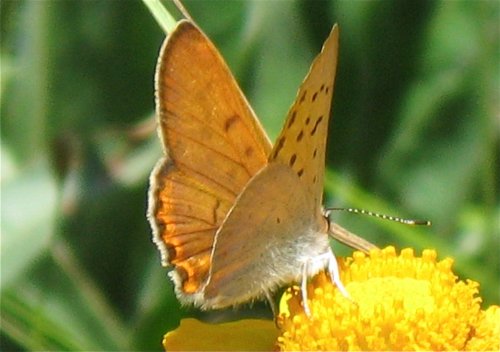 On our transect found from 5000' up; common at Donner and Castle Peak. Roadsides, dry meadows, openings in forest; males perch on or near the ground in full sun with wings partly opened, and are territorial. Our populations have the lilac color and the black spotting on the ventral hindwing poorly developed. "Snowy" could refer to the pale underside or to the occurrence of the species at higher altitudes in the land of snow. The sexual dimorphism above is very strong.

This is an extreme host specialist, feeding only on the rather common but inconspicuous knotweed Polygonum douglassii, which typically grows on light, sandy soils with little competition. It can, however, be reared on other Polygonaceae in the lab, including species of Rumex (which it never uses afield). Adults visit pink dogbane, aster, pink pussy-paws, various wild buckwheats, and other flowers freely. One brood, June-September, the timing reflecting the year's snowmelt characteristics. 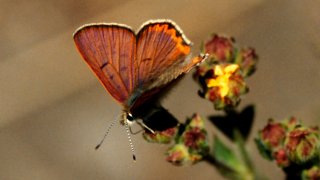 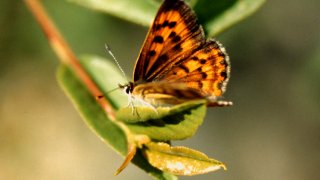 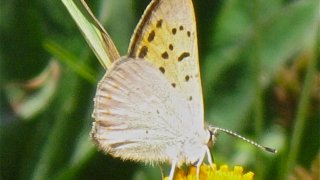 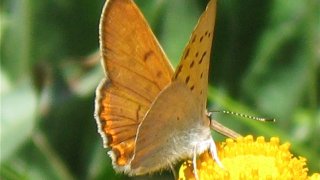 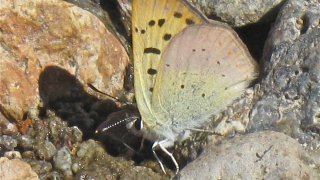 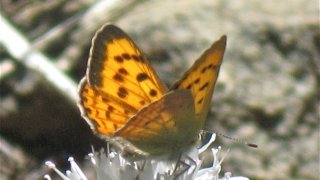