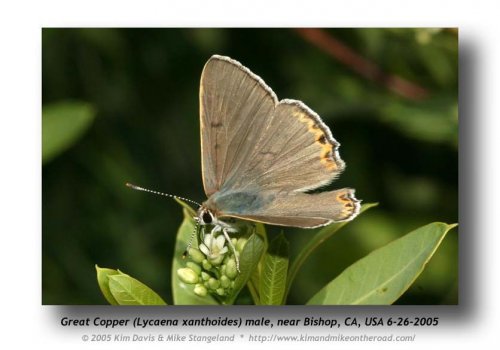 Emmel, Emmel and Mattoon think the type material of this species was collected (by Lorquin) in or near Sacramento. The butterfly occurs in bottomland and tule marsh in the Sacramento Valley, but also in upland grassland in the North Coast Range--where it reaches above 6000' in the vicinity of Mendocino Pass. In the Sierra Nevada there are scattered foothill colonies, as at Washington, but it never gets above 3000' in the north. It is replaced at higher elevations by Edith's Copper. What may be intermediate populations, or a hybrid swarm, occur in northwestern California, southwest Oregon, and also in the lower slopes of the White Mountains in Mono and Inyo Counties. These populations have caused a great deal of taxonomic confusion and arm-waving. All the popultions on our transect are, however, unambiguously either xanthoides (Suisun, West Sacramento, North Sacramento, Washington) or editha (Lang, Donner, Sierra Valley).

Single-brooded, flying May to July. The host plant in most places is Curly Dock, Rumex crispus, an introduced weed which is much more widespread than this very colonial butterfly. Its Suisun population has been in decline for years, and it appears to be extinct in West Sacramento. In North Sacramento it is subject to periodic and severe flooding but appears to bounce back regularly. There is substantial individual variation in pattern (both sexes) and color (female uppersides). 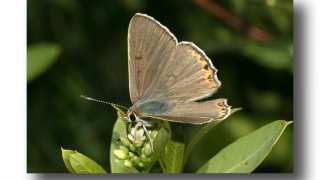 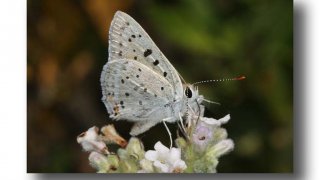