This is a member of a species complex in evolutionary ferment, apparently in the process of speciating on several host plants of the juniper-cypress family, Cupressaceae. Nelson's Hairstreak feeds on Incense Cedar, Calocedrus decurrens, and is generally abundant in mixed mesic forest at mid-elevation on the Sierran West slope; it occurs irregularly at Washington, near the lower end of its altitudinal range; swarms at Lang Crossing; and is a rare stray at Donner, above the range of Incense Cedar. It visits flowers of Ceanothus, Pink Pussy-Paws, pink dogbane, Yerba Santa, Woolly Sunflower, Wild Buckwheats and other plants and may attain quite remarkable densities; it also puddles. Mating occurs around the host tree, where males perch in a collective display called a lek. There is a great deal of phenotypic variation. Normally there is one brood a year (late March-July), but in many years a rudimentary second brood can be observed in late summer. 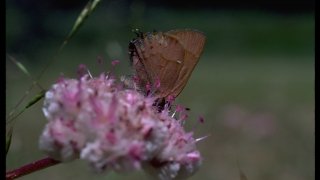 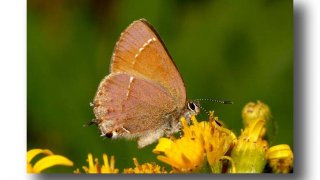 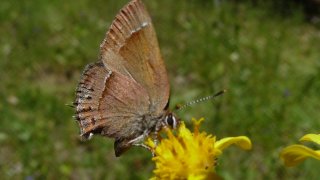 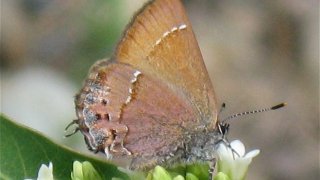 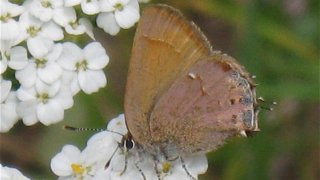 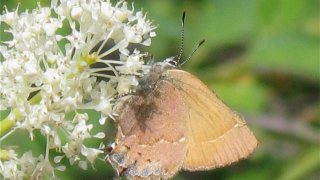 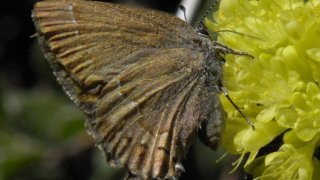