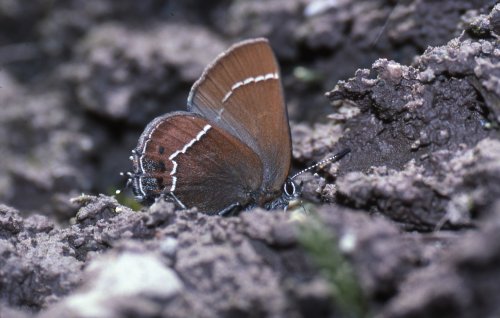 An enigmatic species, usually rare but occasionally locally common for a generation. It breeds on pine mistletoes (genus Arceuthobium) on Gray or Foothill Pine (Pinus sabiniana) at low elevations and on Ponderosa and Jeffrey Pines (P. ponderosa, P. jeffreyi) higher. In the foothills it seems to be multiple-brooded, the spring flight often seen at flowers of Lemonade-Berry (Rhus trilobata) alongside Euphydryas chalcedona, but later - in desiccated landscapes, often on serpentine - it usually is to be seen perching territorially (lekking?) in the pines. In the higher mountains it is a regular, but never frequent, visitor to Snow Brush and other Ceanothus flowers and occasionally to Dogbane, Wild Buckwheat - and mud. At Donner apparently one brood, late spring-early summer. 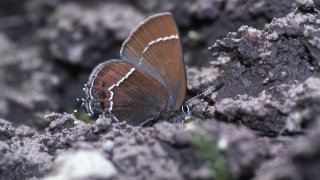 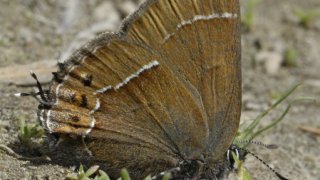