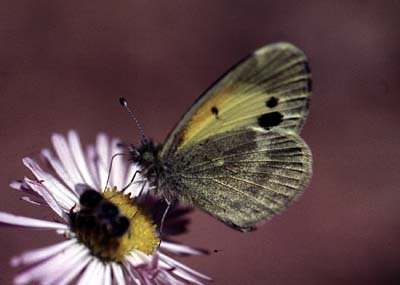 This common species of the Southwest deserts and Mexico strays irregularly northward, occasionally in numbers (as in 1992), but is not known to breed here. It has been recorded near sea level (Sacramento Valley and Bay Area) and in the mountains (even on Castle Peak!). It is a very peculiar species--there is only one other species in the genus and it is from the Andes, and our species occurs disjunctly in the alpine zone of the isolated Sierra Nevada de Santa Marta in northeastern Colombia, South America. In North America, cold-season broods may be very dark on the hindwing beneath. The host plants are various genera of Asteraceae, at least most of which contain photosensitizing chemical compounds. It can be reared on common Marigold (Tagetes). Adults fly low, near the ground, and visit small flowers with short corolla-tubes. 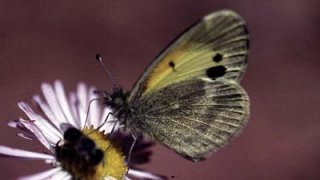 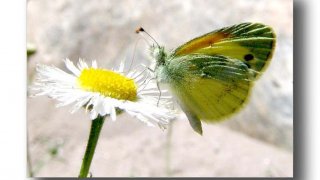