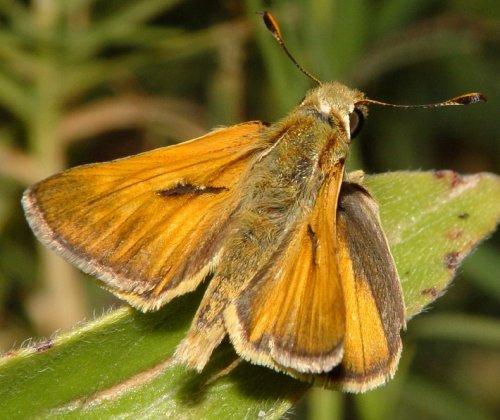 A very distinctive, large, lightly-marked skipper found disjunctly in the southern Great Basin and southwest deserts and in the Sacramento-San Joaquin Delta and Suisun Marsh. Rare strays have turned up elsewhere; this is an extremely strong flier. The odd distribution has led to speculation that the Delta-Suisun populations may have been introduced. The oldest record seems to be from near Modesto in 1938. But there has been so little collecting in the Central Valley that that fact is not, in itself, particularly surprising. And it has been claimed that the Delta-Suisun population is distinctive enough to warrant subspecies status!

The butterfly is very closely associated with its only host plant, Common Reed (Phragmites australis). It does NOT use the aggressive Giant Reed (Arundo donax). Furthermore, Common Reed is really two entities - a native, non-weedy one (found in our area), and a weedy, aggressive one from the Old World, naturalized in much of eastern North America and in a few places in California. So far our populations have not contacted the weedy one and we do not know if they would make use of it. The East Coast skipper Poanes viator (Broad-Winged Skipper), however, has notonly accepted the weed but undergone a huge range expansion and numerical explosion by doing so. 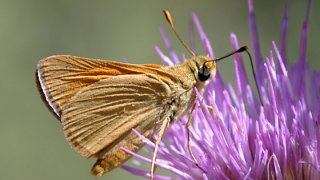 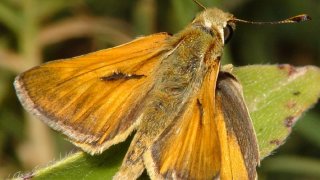 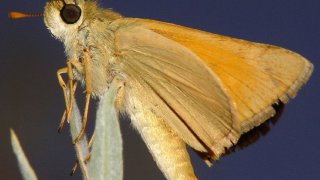