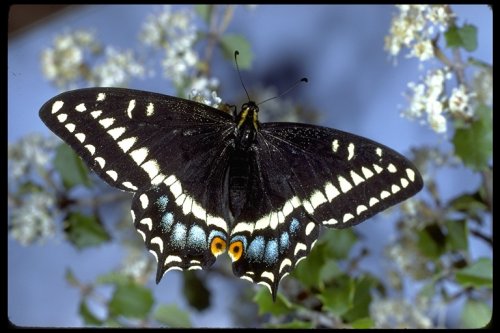 This small, black-and-yellowish-white swallowtail occurs on rocky, treeless balds - on serpentine at low elevations and at and above tree-line. On our transect it occurs sporadically at Donner Pass but consistently at Castle and Basin Peaks. Males puddle. They patrol parallel to ridgetops but just below them, unlike the Anise Swallowtail which dominates the actual summits. A usually uncommon species with tremendous geographic variation over its range, but no significant variation in our area. It is single-brooded (June-July) and the hosts are native Apiaceae of the genera Cymopterus and Lomatium. The mature larva is remarkably showy, banded around the body in black and pink. 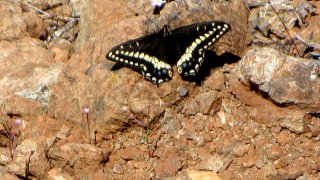 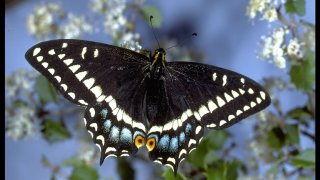