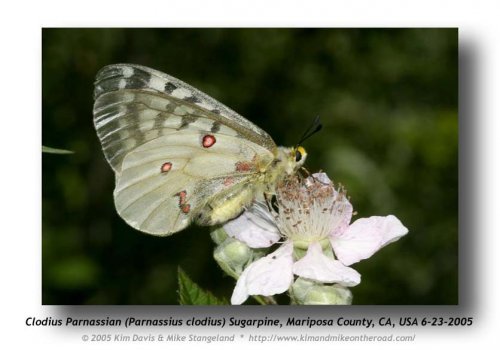 Common to abundant from Lang Crossing up to Castle Peak; not at Sierra Valley. Common at Washington, near the lower elevational limit of its range. Higher-altitude specimens are consistently smaller than at Washington and Lang. The male of this species generates a large waxy vaginal plug (the sphragis) that prevents the female from mating again (though other males do try). It does not, of course, interfere with egg-laying! Both sexes visit Yerba Santa, Coyotemint, and a wide variety of other flowers. At lower elevations this is a typical species of cool, mesic mixed forest, often along streamsides and at the bases of cliffs. At higher elevations it occurs in moist conifer forest and along streams and the edges of meadows. It does not hilltop. One brood, May-June (low) and June-August (rarely later) (high). Larval host plant Bleeding Heart, genus Dicentra (Fumariaceae, now put in Papaveraceae). Larvae are crepuscular-nocturnal except on cloudy, cool days and mimic poisonous millipedes. 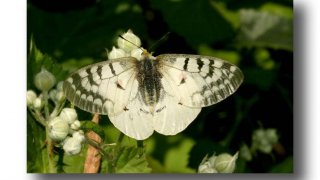 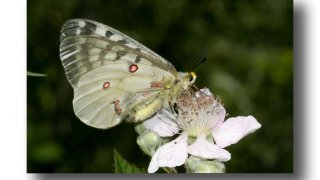