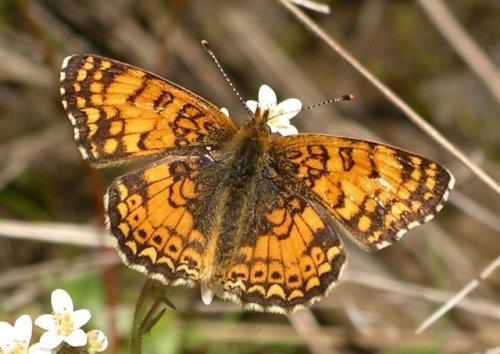 An abundant, weedy species found at all sites on the transect, though it may not be a permanent resident. The Mylitta Crescent breeds on Thistles. It originally used native species of Cirsium, probably mostly in wet habitats. With the naturalization of weedy European species of Cirsium, Carduus and Silybum, it is now found in all kinds of disturbed (including urban) habitats. Many of the weedy hosts dry up by early summer and it then must contract down to colonies of Bull Thistle, Cirsium vulgare, which persists all summer (or, on the East slope, Canada Thistle, C. arvense). The part-grown larvae overwinter and can be found sunning themselves on mild midwinter days. The upperside pattern of males varies greatly and is sometimes nearly obsolescent. The ventral hindwing is redder in cold seasons, especially in females, and the crescent marking is more strikingly silvered. Males patrol along roadsides and often sit at ground level. Both sexes visit many flowers, from Thistles to Yerba Santa to Heliotrope. Breeds continuously in warm weather: February-November near sea level, June-October in the high country, often one of the last species flying and visiting Rabbitbrush there. 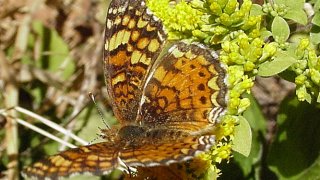 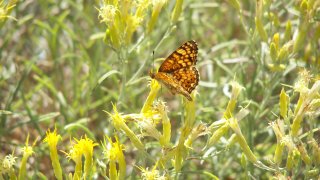 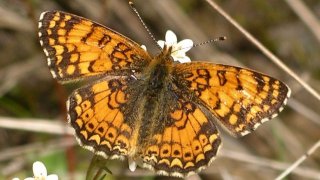 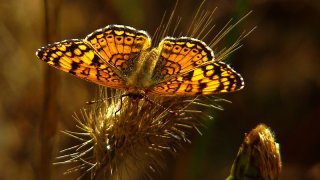 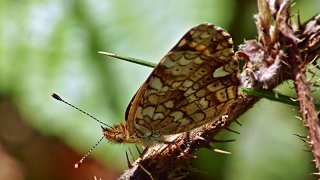 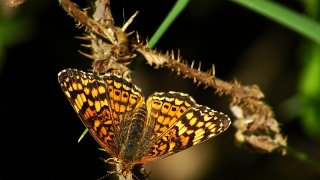 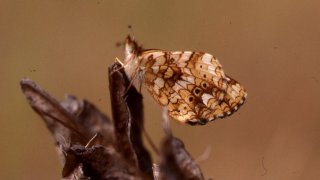 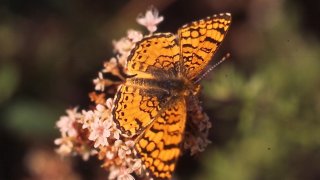