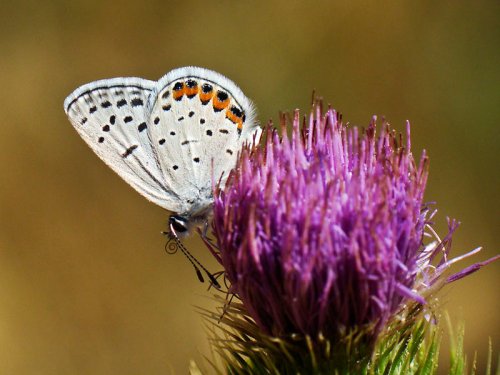 This species has been found at all sites on the transect, though it is not certain that it overwinters at Donner (some years) or Castle Peak (at all). It is weedy and highly dispersive. Although some of its host plants (Deer Weed, Lotus scoparius; Wild Buckwheats, especially the Eriogonum nudum group) are perennial and allow it to have >1 generation in the same place, many (annual species of Lotus, especially L. purshianus; Polygonum aviculare group) are ephemeral and do not. It thus has to be constantly on the move, looking for hosts. The seemingly odd coupling of Polygonaceous and Fabaceous hosts is repeated in other Lycaenids and suggests an unexplored chemical commonality between the plants. The Acmon Blue is ant-associated and the larvae are often kept in the ant nest when not feeding. In return for protection, they provide honeydew.

The first (early spring) brood of Acmon is very richly colored, especially the female, which may be mostly dazzling blue above with a strongly-contrasting row of red lunules (sometimes fused into a band). Summer animals are duller, often quite small, and females are usually black above. In autumn intermediates occur; the male hindwing lunules tend to become pink and may disappear altogether above. This is a multiple-brooded species, typically flying all season (February-November near sea level, June-October in the high country); it is usually one of the last species flying at Donner Pass. At low elevations its abundance typically peaks in September-October, when it may swarm over Coyotebrush (Baccharis) flowers. When it breeds on Lotus purshianus in the beds of dry streams, the overwintering immatures may be washed away. In such cases it may not be seen locally until the second brood recolonizes in June.

The typical habitat for Acmon, be it at Suisun or Donner, is a roadside with scattered weeds and a fair bit of bare soil. It does not generally breed in shaded habitats. I have, however, found it breeding on Lotus oblongifolius along a stream in mesic-montane conditions -- showing just how adaptable it can be! At various locations it visits a vast array of flowers, from Heliotrope to Rabbitbrush. 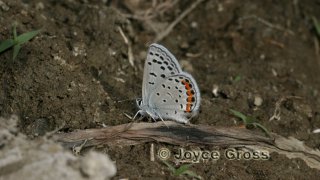 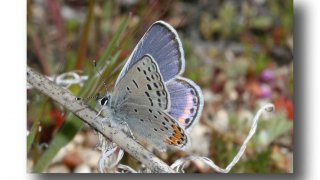 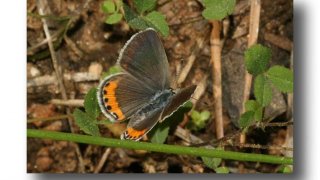 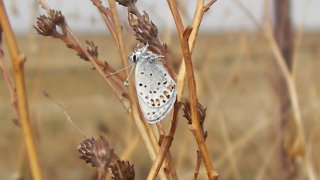 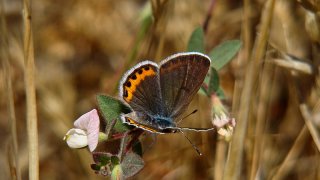 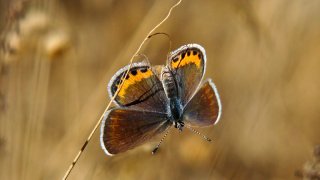 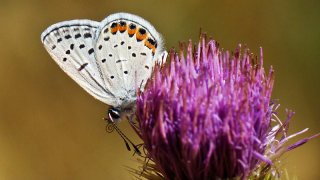 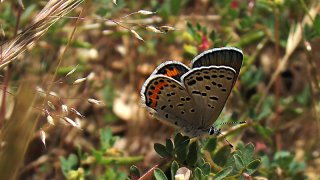