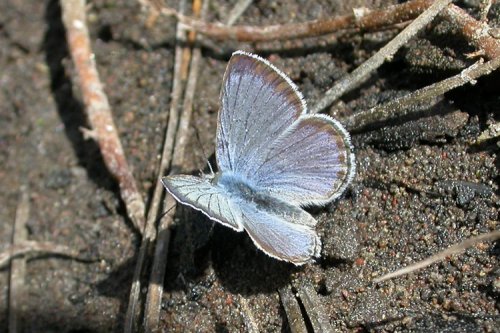 Found at all of our sites except in the Sacramento Valley and Suisun. As recently as the 1970s it still had a presence in the Valley on Lupinus formosus, but seems to be gone now. An extremely variable species with several distinctive subspecies in the Bay Area. The Sierra Valley population frequently has the spot-pattern on the hindwing beneath "blind" or nearly so (white dots without or with only very reduced black centers, on an ashen ground). Similar specimens occur occasionally on Castle Peak. Males are avid puddlers and may be quite abundant. A curious fact is that when several species of Blues are at the same puddle, they inevitably segregate by species. Boisduval's Blue routinely flies with the Silvery Blue and with the much rarer Arrowhead Blue, all of which breed on perennial lupines; telling them apart on the wing is an acquired skill.

One brood, April-June at Gates Canyon, June-August (rarely later) at higher elevations. Host plants many species of perennial lupines, the preferred species varying by locality. Adults visit a great variety of flowers, including Pink Pussy Paws, Wild Buckwheats, Composites, etc. In Sierra Valley they can often be found with the host plant far out in sagebrush steppe, where nothing (or nothing but lupine, which they do not use as a nectar source) seems to be in bloom. 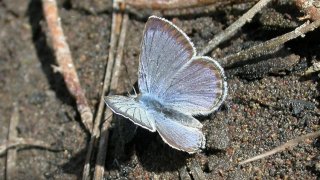 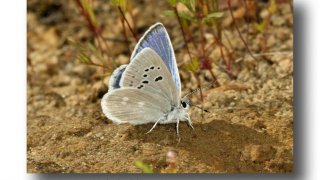 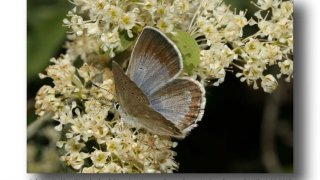 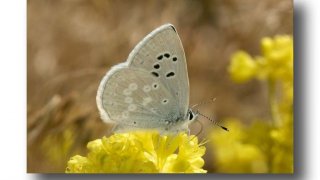 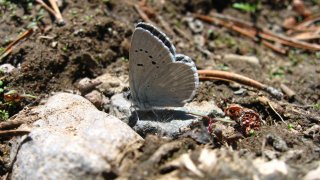 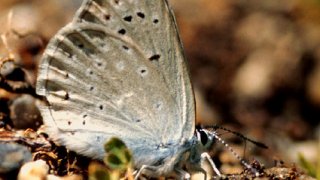 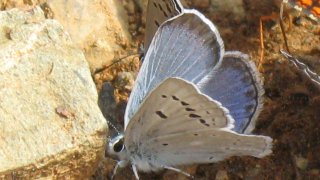 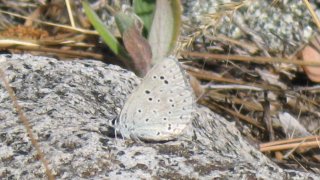