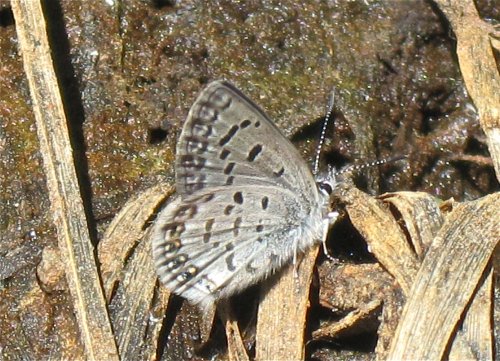 Despite its name, the Shasta Blue does not occur on Mount Shasta. It is a high-altitude species. It formerly occurred at Donner but seems to be extinct in my site, though it persists at 8000' at Sugar Bowl, e.g. It is common at Castle and Basin Peaks, occurring in alpine rock-garden habitats where it generally flies from mid-season onward (July-October), along with the Sooty Gossamer-Wing. It flies near ground level, often basking with wings open, and visits Sulphur Flower (Eriogonum umbellatum) more than any other flower. However, unlike the Euphilotes blues in the same place and visiting the same flower, it itself is a Legume feeder, known to eat Whitney's Locoweed (Astragalus whitneyi) at Castle Peak, and perhaps one or more Lupines as well. In the northern Sierra this species occurs mostly on volcanic rather than granitic substrates. It has been suggested, but not verified, that it has a 2-year life cycle. Since it is present every year, that would require it to have either sympatric "odd" and "even-year" populations, or a lot of slippage in the system. 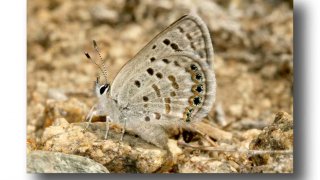 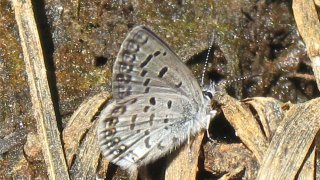 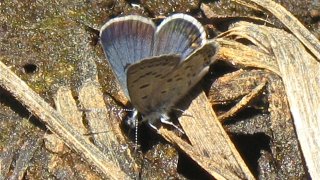