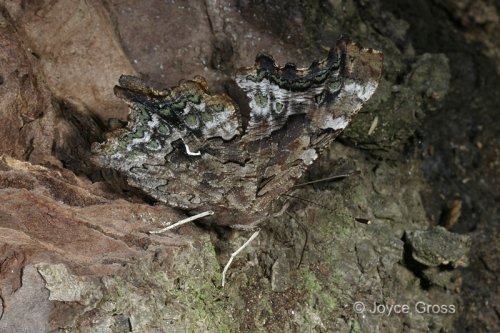 Usually uncommon. A species of cool, mesic forest, best recognized by its very irregular wing margins and by the green lichen-simulating markings on the underside of all wings in the male. The female is rather uniform, dull gray below. As usual in Polygonia, hibernates as an adult. It is not clear whether it has one generation a year or perhaps (in some localities) two. Rarely seen at flowers; yellow Composites and Aster are most frequently cited. Usually the territorial males are seen perching in roads or on sunflecks, or at mud, while the females (and sometimes males) hang around willow thickets along streams. The literature claims that the host is Azalea (Rhododendron occidentale), but I have only seen it lay eggs on willows (Salix spp.). 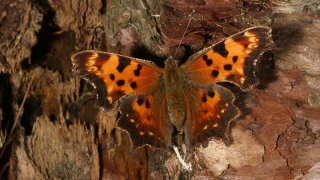 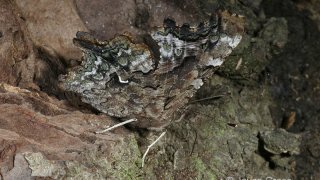