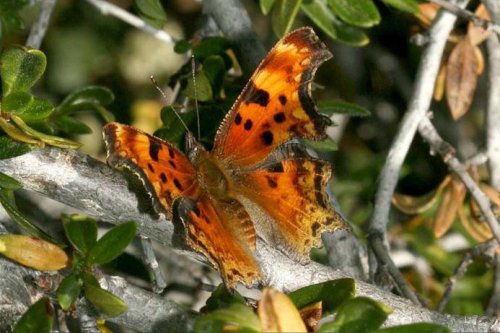 The commonest and most widespread Polygonia, occurring at Gates Canyon and all the Sierran sites. As usual, it hibernates as an adult, appearing quite soon after snowmelt in the mountains and as early as late winter at Gates. We suspect this name includes two biological species in the Sierra Nevada, one of which arrives by upslope migration in late spring in the high country while hibernators are still common; there are subtle phenotypic differences. Who will do the molecules? There is a large emergence in September-October and the butterflies crowd Rabbitbrush blossoms as they accumulate winter provisions-they are often the commonest butterfly in autumn at Donner. Males of both putative entities are territorial in sunspots, often in roads or trails. The hosts are members of the genus Ribes, usually the abundant Spiny Currant, Ribes roezlii. 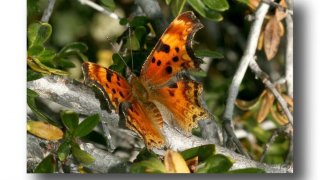 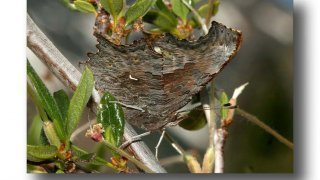