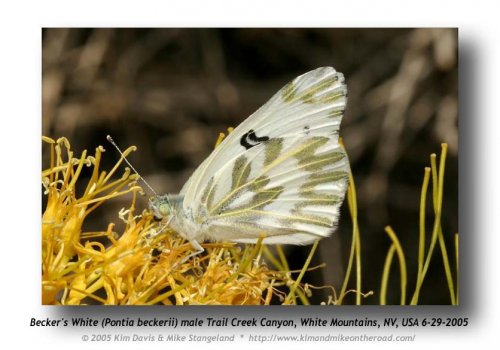 A characteristic species of the East slope and Great Basin, sporadically breeding at Donner Pass but not persistent and not descending the West slope. Its green underside mottling is distinctive and unique in our fauna. The early-spring brood is small and very intensely-colored, with the underside mottling dark blackish-green. It flies slightly later than the Western White in most places.

Males fly along linear habitats such as roadsides. Both sexes are often seen in alfalfa fields. There are multiple broods (generally 3 at Sierra Valley) with the species flying from March-April to (usually) October. The larval host plants at our sites are weedy Brassicaceae-usually Tumble Mustard (Sisymbrium altissimum); the larvae feed primarily on the green fruit. In the Nevada desert they often feed on Prince's Plume (Stanleya pinnata).

Both sexes visit Brassicaceous flowers but also those of Alfalfa, Rabbitbrush, Goldenrod, Aster and a variety of other things. It is not uncommon to encounter this species flying through sagebrush-bitterbrush shrub-steppe far from any flowers at all. 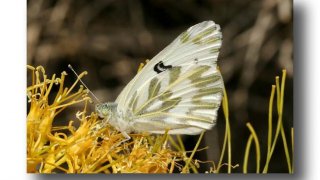 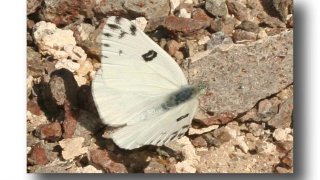