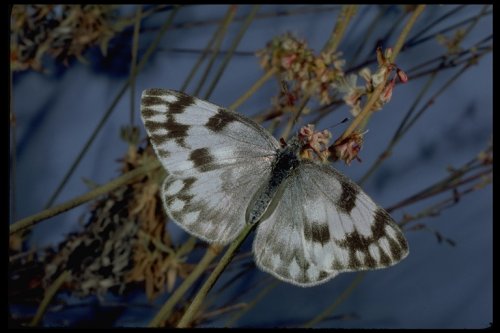 In the 1970s this species was often abundant at low elevation along the transect, overwintering only locally and sporadically-mostly on dredge tailings along the American River. It has since become much rarer and in most years is seen only in September and October. At Sierra Valley it overwinters unpredictably but colonizes each year from the desert in May or June, and usually becomes common by late summer. It has been recorded at all sites but is not a permanent resident at any of them at this time!

A highly vagile species, the Checkered White breeds on a great variety of Brassicaceous plants, preferring smaller and unsucculent species such as Peppergrasses (Lepidium, but L. latifolium is unpreferred), Tumble Mustard (Sisymbrium altissimum), and the short-lived perennial Hirschfeldia incana (formerly called Brassica geniculata). The eggs are orange, laid conspicuously near the top of the plant, and the larvae, which are striped lengthwise in whitish yellow and greenish gray, feed primarily on buds, flowers and fruit. However, eggs are also often laid on small rosettes, especially if the larger plants in the area are senescent. This is overwhelmingly a species of grassland and steppe and occurs in wooded areas only along roadsides.

The first brood (which may emerge as early as January at sea level, to March at Sierra Valley) is very distinctive; the butterflies are small, lustrous white above with (usually) reduced black pattern but very heavy black basal scaling, and very heavy black scaling along the veins on the ventral hindwing. This ventral vein-scaling is less greenish than in the Western White. Summer males are often immaculate or nearly so beneath, while females have at most yellow vein-scaling. Intermediates are sometimes seen in May and again in September-October. This species often remains on the wing until the bitter end of the season.

Adults visit flowers of Mustards, Composites, Legumes and almost anything else; they are often abundant in irrigated alfalfa and visit its flowers freely. Males patrol in host-plant areas and often mate with teneral females. Hybrids with P. occidentalis apparently occur, but at very low frequency; in areas of sympatry up to 1-2% of individuals may be undeterminable by wing pattern. 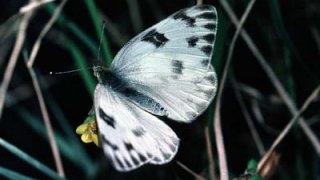 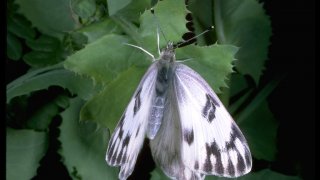 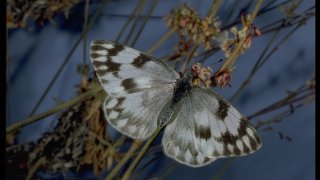 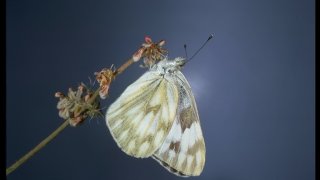 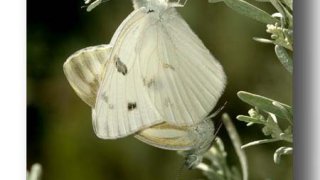