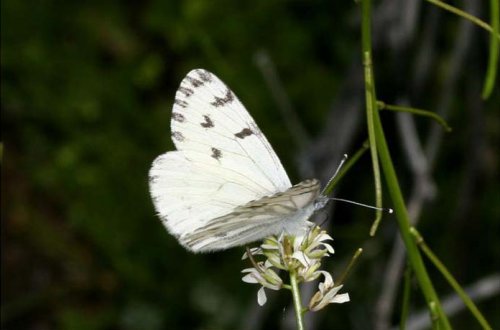 Always single-brooded early in the season, this is a species of rocky, unforested sites including serpentine barrens and the alpine zone. It also occurs on lava flows in Sierra Valley, straying to adjacent roadsides and alfalfa fields. The interrupted vein-lines on the underside of the hindwing are diagnostic, as is the dumbbell-shaped black spot at the end of the forewing cell. Many females are distinctly pale yellow. Higher-altitude specimens average slightly smaller, with crisper and blacker markings than foothill ones. A very infrequent stray to the Sacramento Valley.

Males patrol rocky ridges and canyon walls, and hilltop. Both sexes visit a variety of early-season flowers. The single brood flies March-May, but June-early August above tree line. Hosts are native Brassicaceae, such as species of Streptanthus (Jewel Flower) and Arabis, but at Sierra Valley also uses introduced Tansy Mustard (Descurainia sophia). I have never found it on Sisymbrium, the plant for which it is named! The eggs are red and have been demonstrated experimentally to deter oviposition by subsequent females. The mature larva is apparently a mimic of the Monarch larva. It is very conspicuous and makes no effort at concealment. The pupa is dark, obscure, usually attached to a rock, and may not hatch for up to 4-5 years. 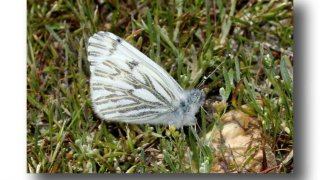 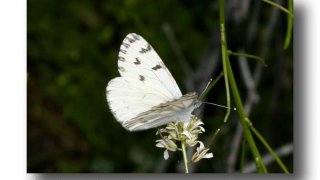