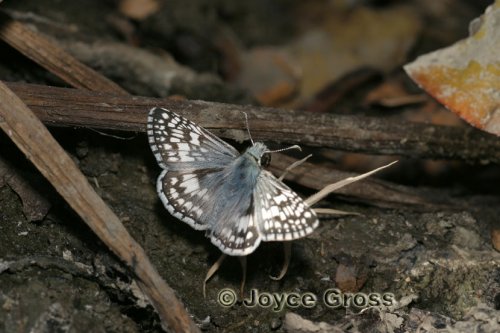 This familiar insect appears to be found from sea level to tree line-but things are more complicated than that. At the molecular-genetic level, the populations along our transect are apparently two different species. One is multiple-brooded and occurs as high as Lang Crossing (5000') on the Sierran West slope, and then again in Sierra Valley at 5000' on the East slope. These populations today breed largely on introduced weeds of the genus Malva (in the Sacramento Valley also on the native Alkali Mallow, Malvella leprosa, and on the now rare Checkerblooms, genus Sidalcea, in tule marshes). The other is single-brooded, occurs above 6000' (including Donner and Castle Peak) and breeds only on native Sidalcea. There are very slight "statistical" differences in pattern, but the genitalia are the same. There seem to be occasional strays of the lowland animal picked up at Donner, mainly late in the season. In southern California occurs a morphospecies, P. albescens, which differs from communis in genitalia and is, like it, multiple-brooded. This animal, however, is molecularly indistinguishable from the univoltine Sierran (genitalic) communis!

The lowland animal occurs anywhere in the open where hosts are nearby, including urban vacant lots and around ranch buildings and corrals. The montane animal occurs in open coniferous forest with Sidalcea in the understory, and along wood roads and paths. Both visit a great variety of flowers avidly. The flight seasons are March-November in the Central Valley, June-August in montane sites, and late March/April-October at Sierra Valley. (At Sierra Valley the univoltine animal is as close as the top of Yuba Pass.)

Males are perchers, generally well off the ground, and extremely energetic fliers. They often appear blue in flight (females, lacking the silky hairs, do not). 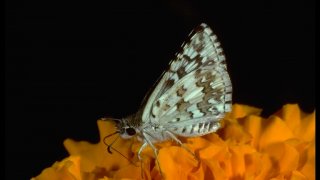 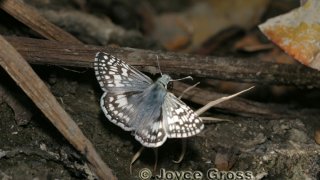 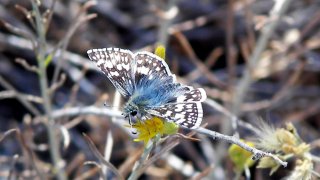 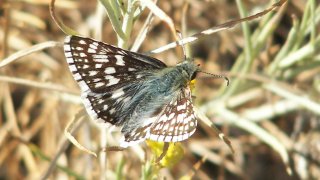