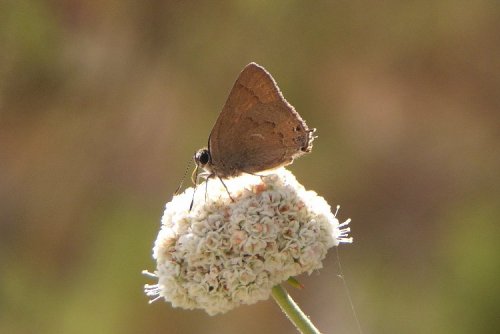 Usually common to abundant where found, the Sepia Hairstreak emerges last among our Satyrium species and often flies quite late in the season, especially at higher elevations. Like all the Satyrium it has only one brood a year, wintering as the egg. There is no significant variation in or among our populations. Visits flowers, including Wild Buckwheat and Rabbitbrush. The hosts are various species of Ceanothus. June-July at Gates Canyon and Washington, mainly July at Lang, and August to October(!) at Donner. Males are territorial perchers in late afternoon. 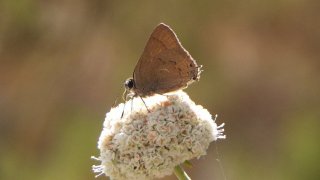 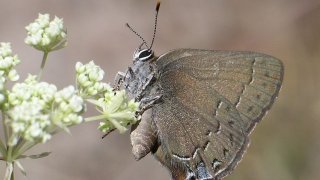 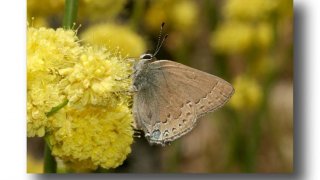 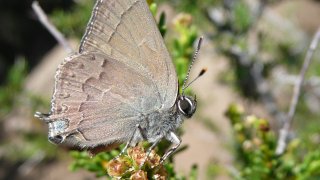 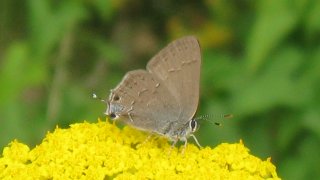