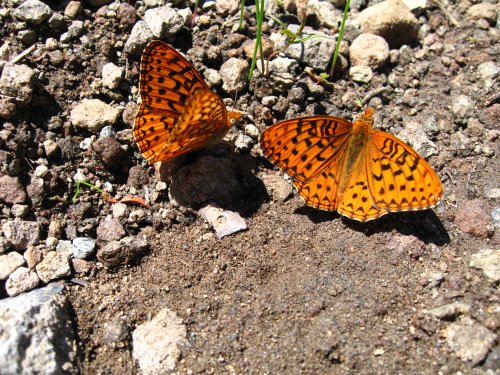 Some authorities now consider our populations a separate species, S. hesperis, which is then called the Northwestern Fritillary. A common species of relatively moist montane forest and roadsides, on our transect only a rare stray below 6000' but probably the commonest Speyeria at Donner and second-commonest at Castle Peak (after the more dryland-adapted S. egleis). An eager flower visitor, often seen at Aster, Coyotemint, and early-blooming Rabbitbrush. One brood in midsummer, a few still flying well into autumn. Hosts Violets (species preferences unknown). A number of dramatic wing-pattern aberrations have been taken at Donner over the years. 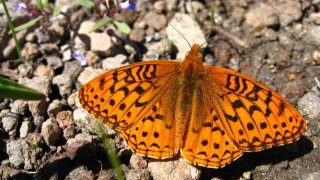 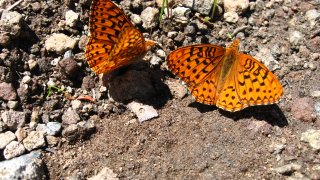 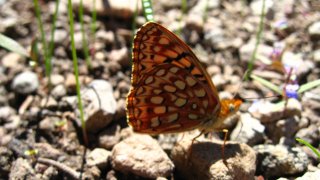