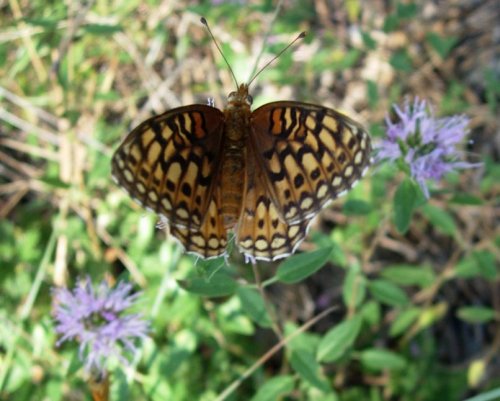 This is the Sierran west-slope subspecies, with a ruddy ventral hindwing and variable silvering. As usual for callippe it is the first Fritillary to emerge in a given locale, and usually the first to disappear. It is an avid visitor to flowers of Yerba Santa, Pink Dogbane, and Coyotemint and even to late flowers of Pussy Paws. Males also puddle. Fairly common at Washington and Lang (May-July). Larval host plants violets; at least at Washington these have often senesced by the time eggs are laid. The eggs hatch quickly; the larvae eat their eggshells and then diapause from July until at least the following March, enduring heat and drought, followed by cold, rain and snow. In the lab even large larvae aggregate spontaneously, even though eggs are laid singly and the larvae are normally solitary in nature. Callippe juba occurs in rocky, dry areas, often in canyons, including serpentine. It is separated from C. nevadensis by the high country, where this species does not fly. 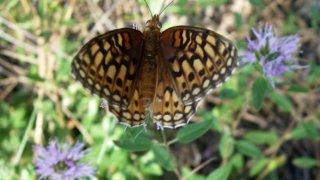 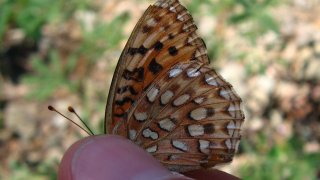 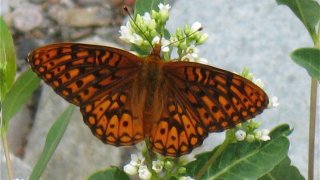