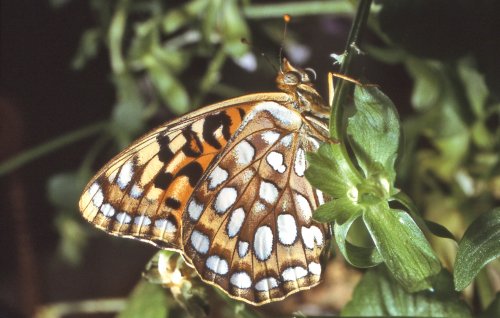 A large, showy, heavily-silvered Frit occurring in the Sierra Nevada but also in the Coast Range and even (as a stray?) in the Valley and Delta.

In the Sierra S. coronis has "always" been common on the East slope, flying in grassland; both sexes emerge in June, the males mostly die off after mating and the females store sperm and estivate, and then reappear in September to lay eggs. It was common to see them disperse upslope, e.g. to Donner Pass, and show up nectaring on Rabbitbrush in September - but there were no records of males, and no hint of breeding that high, until recently. In the past few years S. coronis has become much commoner in the high northern Sierra, and now breeds unambiguously there. It has even shown up at tree-line on Castle Peak. Is this an effect of climate change?

S. coronis occurs in grassland and oak woodland in the Bay Area and has turned up sporadically in the Suisun Marsh (females on composite flowers in autumn), probably as strays from around Mount Diablo. There is even one record in North Sacramento! However, several years ago this species successfully colonized Gates Canyon in the Inner Coast Range near Vacaville and has bred every year since, though no species of Viola has ever been collected there. In fact, there are only a handful of ancient records of Violets in the Vaca Hills at all. Probably the hosts are on private land which has not been explored botanically. 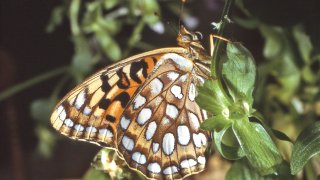 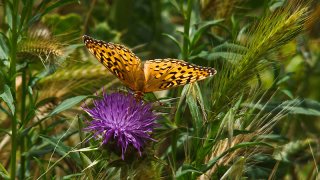 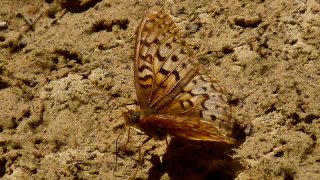