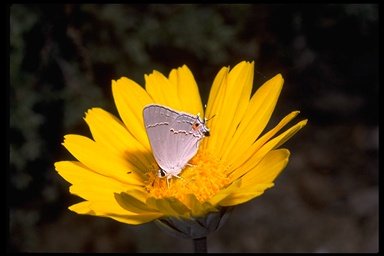 Most common in weedy and disturbed habitats at low elevation, but capable of turning up at any of our sites (least likely: Castle Peak). The Gray Hairstreak is territorial and a hilltopper in suitable terrain, but does very well in towns and cities in the Central Valley. It is multiple-brooded and has a very long flight season, at sea level from February to November, but rarely seen before June in the mountains where it does not appear able to overwinter. It does not show up every year at higher elevations. Early spring specimens are small and very dark with reduced red markings; "albinos," with the red replaced by pale yellow, occur mostly in the spring brood. There is much minor variation. Adults visit an immense variety of flowers, both wild and cultivated. They are particularly addicted to Heliotrope and white-flowered Apiaceae.

This is one of the most polyphagous butterflies known, recorded on host plants in many families. Its most frequent hosts in our area are mallows, including the weedy species of Malva; legumes, including Spanish Lotus (Lotus purshianus), Bird's-Foot Trefoil (Lotus corniculatus), White Clover (Trifolium repens) in lawns, Alfalfa (Medicago sativa) and many others;and Turkey Mullein (Eremocarpus or Croton setigerus, Euphorbiaceae). 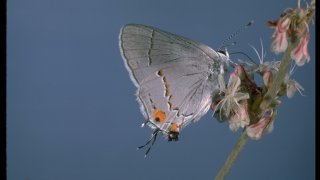 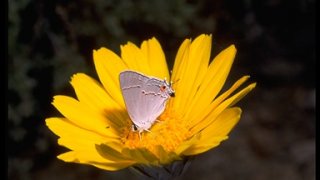 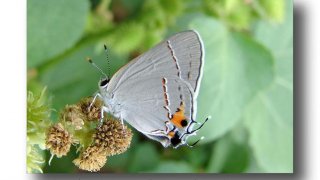 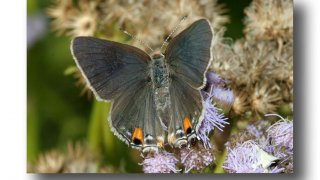