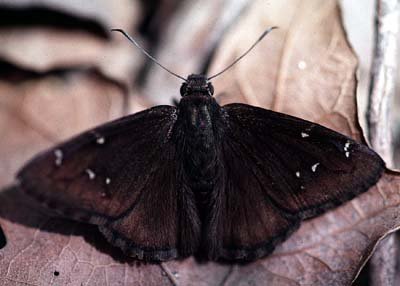 A generally uncommon skipper of canyon-riparian and mesic habitats, from the foothills to 5000'. It sits with the wings only partly open, unlike most of its relatives. A strong flier but regularly seen at flowers, including Dogbane, Yerba Santa, Brodieas, California Buckeye, and Vetches; not much of a puddler. One brood in late spring (mid March-July, depending on altitude). Host plants: Fabaceae, especially the robust perennial Lotus crassifolius; native Lathyrus; Psoralea; possibly on Astragalus, but not recorded in our area. This species was briefly eradicated from Gates Canyon by a fire in its only known breeding locality there, but recolonized from nearby. 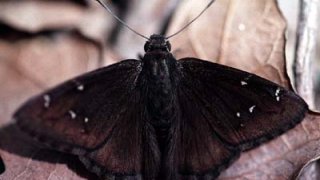