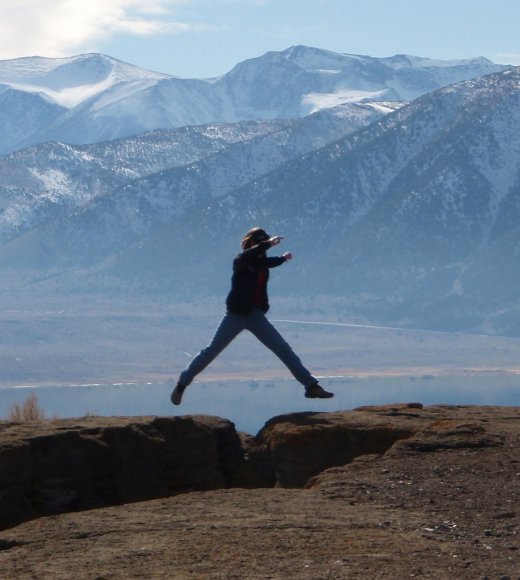 I attribute my decision to become a biologist to the fact that I grew up in the Blue Ridge Mountains. There I spent many happy days looking at spring wildflowers and fall colors while I hiked, biked, and climbed around the area. I received an undergraduate degree in Biology from the University of Richmond and eventually went to work for Dr. Ed Smith at Virginia Tech. There I learned molecular genetics techniques that I now use to address ecological and evolutionary biology questions. I later enrolled at the College of William and Mary, where my M. S. thesis looked at the mid-Atlantic coastal plain population of Peregrine Falcons. I earned my PhD at Davis in 2013 as a member of the Ecology graduate group and the Center for Population Biology.

I moved to the Los Angeles area in late August of 2014. There I will work as a postdoctoral fellow at the Natural History Museum of Los Angeles and the UCLA La Kretz Center for California Conservation Science. I am surveying butterfly communities in the Santa Monica Mountains and also in urban LA via the museum’s BioSCAN project. In my studies I use a combination of field work, genetics/genomics techniques, and experimental approaches.

For my dissertation work, I studied a fascinating female-limited polymorphic mimicry system in two species of western checkerspot butterflies. As the name implies, the Variable Checkerspot, a.k.a. the Chalcedon Checkerspot, Euphydryas chalcedona, has a highly variable phenotype. Many populations have a strong reddish background color, while other populations exhibit a black background color. The Northern Checkerspot, Chlosyne palla, is a putative mimic of E. chalcedona, and its phenotype also varies. Where the 2 species do not co-occur, C. palla of both sexes are red. Where they do co-occur and E. chalcedona is red, both sexes of C. palla are red. However, where E. chalcedona is black, C. palla males are red and females are red, black, or intermediate. While both the black and red forms of C. palla appear to mimic E. chalcedona, the black form seems to be an especially strong mimic.

I'm interested in the evolutionary and ecological factors that govern the polymorphism in C. palla, and how this polymorphism interacts with other Chlosyne species, many of which co-occur with E. chalcedona but none of which exhibit the female-limited black phenotype. To address these questions I'm using molecular markers to look at differentiation both within and between species.