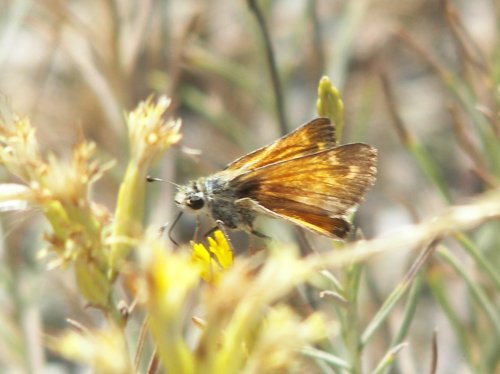 Populations of Hesperia colorado (as determined by the genitalia) occur at scattered locations on the Sierran west slope on serpentine substrates and fly in autumn - mid-September into October. One of these occurs on serpentine along Washington Road, where it is sandwiched between "normal" populations of what is now called H. colorado harpalus but used to be called H.comma yosemite, which fly in June-July both higher and lower but on metasedimentary substrates! The seasonal displacement of these populations means they cannot exchange genes with others and they are thus behaving as if they were a species in their own right. Both sexes are, on average, darker on the ventral hindwing than nearby early-summer ones. The only nectar source available to these insects is a dwarf serpentine-endemic ecotype of Rabbitbrush (Chrysothamnus nauseosus). There are late-flying, very dark populations on serpentine in far northern California (named as subspecies mattoonorum), but it is not clear that they are related in any way to these. Molecularly, the serpentine-autumn populations resemble the nearby summer ones, not the autumn-flying entity found in the High North Coast Range. 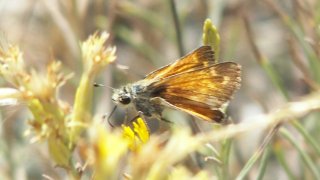 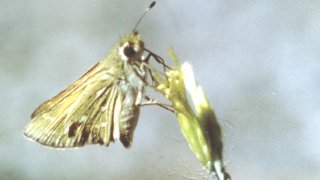 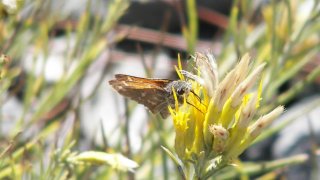