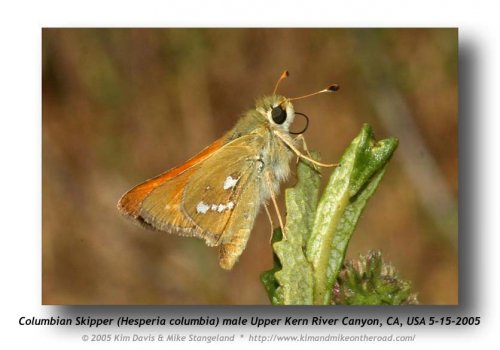 The Columbian Skipper is found mainly in the Coast Range. In the Sierra Nevada it is known from only a handful of localities, mainly on serpentine. None is on the transect. Its only population on the transect is in the chaparral at the head of Gates Canyon; individuals are encountered only sporadically on the sampling route, but if the route included any rocky summits it would be a "regular" since it is a confirmed hilltopper. It also occurs in Lagoon Valley Regional Park, where it hilltops along the crest of the Cement Hill range. There are two broods, in May-July and September-October. The hosts are unidentified native bunchgrasses. 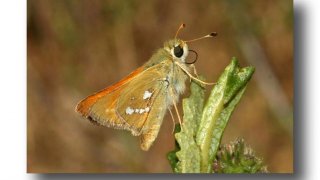 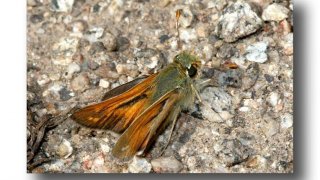