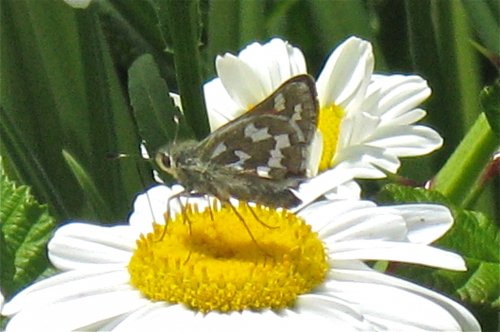 A striking, large skipper, like a very big East-slope Colorado Skipper with a strongly greenish tinge to the body pelage and hindwing beneath; a very strong flier; males perch on or near the ground. Although strays are occasionally taken at low altitudes, this is quintessentially a montane species, from 2000' to tree-line. It flies shortly after snowmelt (early June at Donner, e.g., visiting early Dandelions and Pussy Paws) and again, much more commonly, in autumn (August-October, mostly at Aster and Rabbitbrush). Spring specimens tend to be faded and frazzled, and the timing, numbers and condition all suggest that adults hibernate. We tested this by looking for pollen of autumn Composites on spring specimens, but identifying Composite pollens to genus is very difficult. We also tried marking large numbers of fall animals, but got no recaptures in spring. The timing implies that if the spring butterflies are descendants of the fall ones, they would have to develop under snow! It has also been suggested that there is altitudinal migration. The species is certainly equipped for that, but the timing of flight at different altitudes does not particularly support the idea. The hosts are perennial grasses; preferences are unknown. 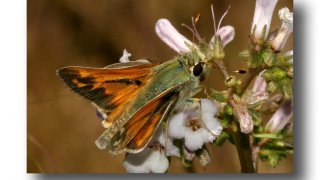 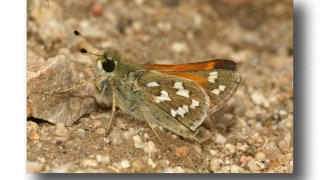 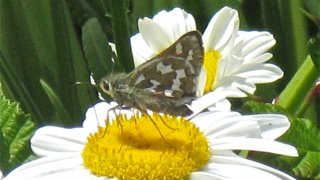